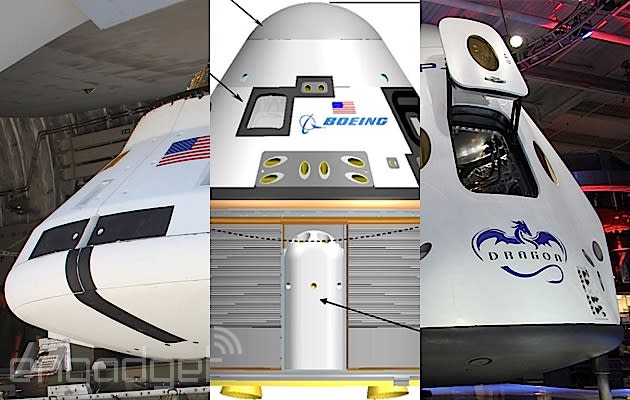 Waiting for a space taxi? It looks like it might show up a little late. Of course, it's only NASA astronauts currently in line for one of the agency's recently commissioned spacecraft, but both companies involved -- Boeing and SpaceX -- will have to down-tools after the third company in the mix (and the only one to not get commissioned) protests the awarded contracts. While Boeing scooped the lion's share ($4.2 billion), SpaceX also picked up $2.6 billion in funding to develop craft that will shuttle astronauts to the ISS. Currently NASA relies on Russian ships for this expensive service. Sierra Nevada claims it could do the same work as Boeing, but for a full $900 million less. The disgruntled firm also claims NASA's own debrief on the selection contains inconsistencies and raises "serious questions." NASA has 30 days to respond to the allegations. With current seats on Russian craft running a cool $70 million a time, that certainly puts the cost of a cab stuck in traffic firmly in perspective.

In this article: boeing, iss, nasa, SierraNevada, spacex
All products recommended by Engadget are selected by our editorial team, independent of our parent company. Some of our stories include affiliate links. If you buy something through one of these links, we may earn an affiliate commission.