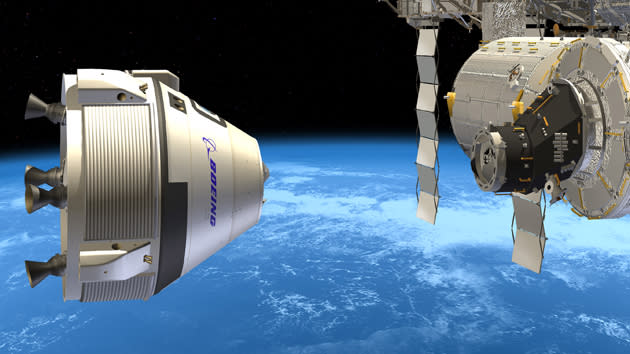 There had been rumors of NASA awarding Boeing a big contract for its Commercial Crew Program, and it turns out that the claims were true -- and then some. The agency has just announced that both Boeing's CST-100 capsule and SpaceX's Dragon V2 will ferry American astronauts to the International Space Station from 2017 onward. Most of the funding ($4.2 billion) will go to Boeing's entry, but the SpaceX deal is still pretty hefty at $2.6 billion. Once both vehicles are certified and tested, they'll participate in manned scientific missions (up to six each) and serve as lifeboats in emergencies. Unfortunately, Sierra Nevada's aircraft-like Dream Chaser isn't part of the picture. It's ultimately a good day for space travel, but those hoping for a Space Shuttle-like design will be disappointed.

In this article: astronaut, boeing, commercialcrewprogram, cst-100, dragonv2, internationalspacestation, nasa, sierranevada, space, spacecraft, spacex, transportation
All products recommended by Engadget are selected by our editorial team, independent of our parent company. Some of our stories include affiliate links. If you buy something through one of these links, we may earn an affiliate commission.