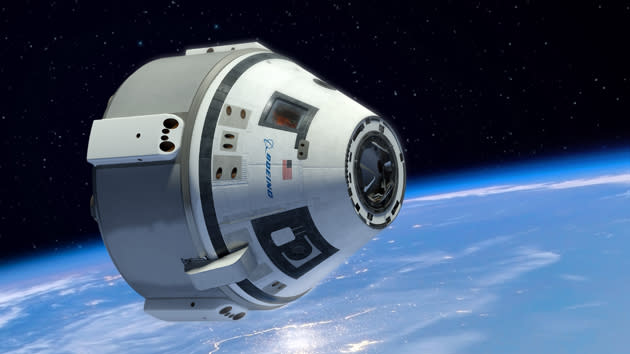 NASA may have been even-handed when it started doling out money to contractors for its space taxi program, but there are hints that it's about to play favorites. The Wall Street Journal hears from anonymous officials that Boeing is now the odds-on favorite to get the majority of NASA's astronaut transportation business. SpaceX, once thought to be the frontrunner, would be relegated to a "second source" alongside Sierra Nevada. Reportedly, the agency sees Boeing's CST-100 capsule as the easy choice -- it carries relatively few risks, and is more likely to be ready for business in three years than SpaceX's Dragon V2.

Update: Sure enough, NASA announced its contracts today. Boeing will get the lion's share of the business with $4.2 billion in funding, but SpaceX isn't exactly a bit player here -- it's getting $2.6 billion. Sierra Nevada's Dream Chaser won't be part of the picture, however.

NASA isn't confirming anything just yet, although an announcement is possible very shortly. However, Boeing could have an ace up its sleeve -- the WSJ claims that Jeff Bezos' Blue Origin has been working with Boeing on its space taxi bid. While it's not apparent just how intertwined the two companies are, Blue Origin is supposedly near revealing its cooperation with Boeing and Lockheed Martin on new, more affordable rockets that would boost the CST-100 (among other vehicles) into orbit. A Boeing win wouldn't please anyone rooting for the underdogs, but look at it this way: even if SpaceX and Sierra Nevada lose the main deal, they'd still be around to give Boeing some competition.

In this article: astronaut, blueorigin, boeing, commercialcrewprogram, jeffbezos, nasa, sierranevada, space, spacecraft, spaceship, spacetaxi, spacex, transportation
All products recommended by Engadget are selected by our editorial team, independent of our parent company. Some of our stories include affiliate links. If you buy something through one of these links, we may earn an affiliate commission.