AeroMobil flying car set to take off in 2017, autonomous version to follow

The flying car gets another shot at reality this October 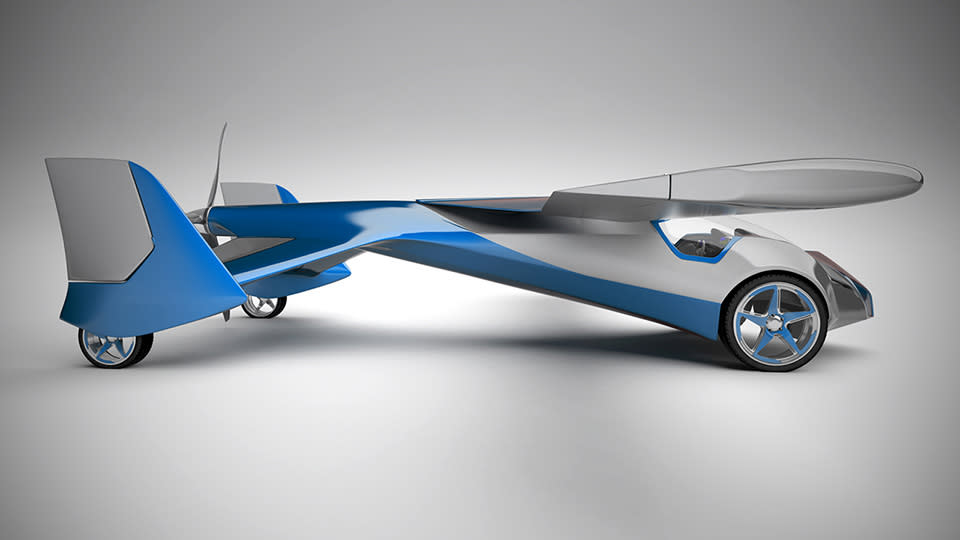 Outside of goofy newscasters referencing The Jetsons and Back to the Future 2, flying cars don't get much airtime these days. The concept is far from dead, but similarly distant from viable reality: simply put, it's too expensive of an idea to exist as a consumer product with modern technology. Slovakian company AeroMobil disagrees, and its third prototype is ready to be shown to the world this October 29th at the Pioneers Festival in Austria. The device is still in prototype form, but the folks at AeroMobil previously demonstrated their ability to achieve flight with a car (a video of AeroMobil 2.5 is below).

It's far from elegant -- the wings fold into the backseat behind the driver, and the car itself (at least the prototype) isn't much of a looker -- but it does work. The prototype holds two people, and allegedly flies up to 430 miles (540 if you're driving); it also reportedly runs on standard gasoline (the Rotax engine inside takes 91 octane -- the fancy stuff). No word on pricing or availability just yet, but it looks like AeroMobil is another major step closer to its bizarre, bizarre dream becoming reality. Seriously, watch the video below and you'll understand.

In this article: aeromobil, car, flyingcar, pioneersfestival, plane, video
All products recommended by Engadget are selected by our editorial team, independent of our parent company. Some of our stories include affiliate links. If you buy something through one of these links, we may earn an affiliate commission.