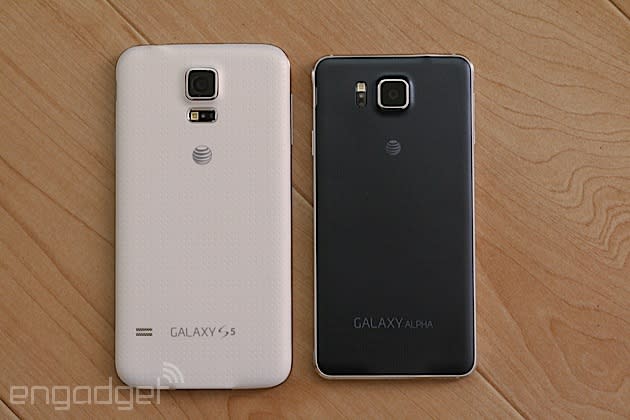 At this time last year, Samsung was enjoying a record operating profit of $9.6 billion for its third quarter and shipping Galaxy phones seemingly as fast as it could make them. Now? The company announced its operating profit for the period will be down to between $3.6 and $4 billion, which would be its fourth straight quarter of declines. Of course, that's nothing to sneeze at but it represents a drop of 60 percent in just a year. We don't have specific sales stats, but industry analysts mentioned by the Wall Street Journal and Bloomberg see its phone sales squeezed at the high-end by Apple's latest iPhones, and at the low end by numerous Chinese competitors like Xiaomi and Lenovo. Samsung's next steps -- after launching the new Galaxy Note 4 -- include growing its businesses making memory chips, processors and displays. Samsung announced today that it's building a new $14.7 billion chip plant in Korea -- maybe it can get prices of the next Galaxy Alpha down enough to get sales back on a growing track.

In this article: drop, earnings, financials, hdpostcross, mobilepostcross, q3, q32014, samsung
All products recommended by Engadget are selected by our editorial team, independent of our parent company. Some of our stories include affiliate links. If you buy something through one of these links, we may earn an affiliate commission.