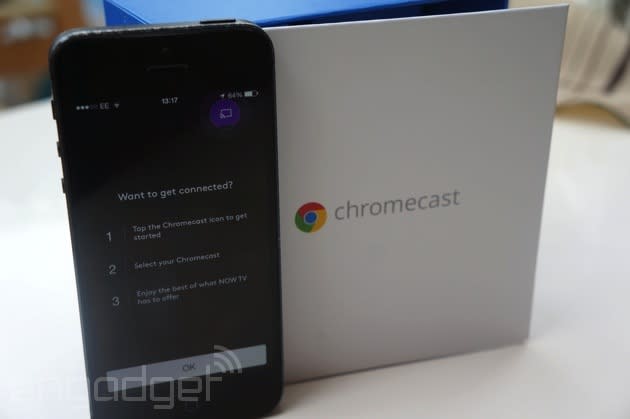 Google initially promised a summer release for Backdrops at I/O, but once we passed the autumn solstice it was anyone's guess when the Chromecast feature would arrive. But hey, it's rolling out now and that's what matters, right? To use your own G+ photos, those from the Google Cultural Institute, New York Times and more as new idle screens for the HDMI dongle it sounds pretty simple. Jump into the Chromecast app on your mobile device and futz around with the Backdrop settings to choose which sources you'd like for the photos. Boom; that's apparently it, according to the outfit. If something pops onscreen that you're interested in (maybe a satellite image of an island you'd never seen before) and you want more info, just ask "Okay Google, what's on my Chromecast?" into the Google app on your device. Pretty handy if you ask us. Just think: now you can use the biggest screen in the house to get people to finally check out your collection of Auto Awesome shots.

In this article: AutoAwesome, backdrop, Chromecast, google, google+, GooglePlus, hd, HDMI, hdpostcross, photography
All products recommended by Engadget are selected by our editorial team, independent of our parent company. Some of our stories include affiliate links. If you buy something through one of these links, we may earn an affiliate commission.