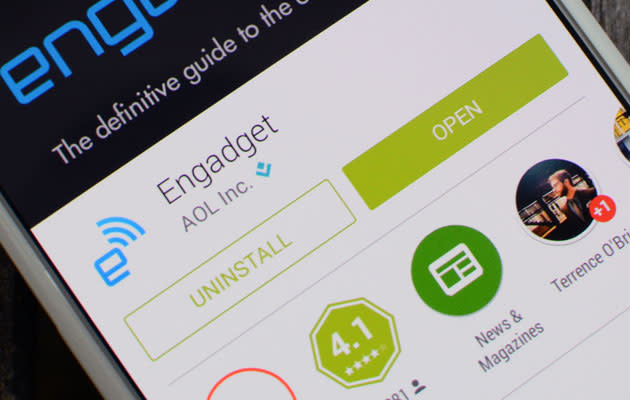 While Android has soared, Google Play has struggled a bit. Customers don't buy nearly as many apps, songs or movies as their counterparts using iOS. According to The Information, Mountain View is working to change that with a new app trial program. Since users are hesitant to throw down money (even just $0.99) for an app without ever using it, Google is planning to offer free bite-sized trials. Rather than downloading and installing the entire app, you could pull down just a piece as a "micro app." You might even be able to select which feature or part of the app you want to try. Obviously the hope would then be that you would love the app and throw some cash at the developer (which Google would get to keep a cut of). The smaller downloads would save time and bandwidth as well, making the trial a much smaller commitment. As for how it might work, we're not sure. Though the company recently debuted a new way to update apps that only downloads the parts that have changed -- again saving precious minutes and megabytes on your data plan.

In this article: android, app trials, google, google play, mobilepostcross, trials
All products recommended by Engadget are selected by our editorial team, independent of our parent company. Some of our stories include affiliate links. If you buy something through one of these links, we may earn an affiliate commission.