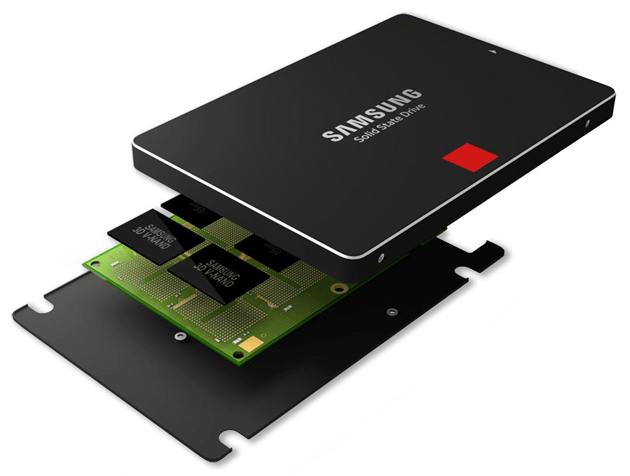 For the first time, Samsung has starting producing SSDs using (wait for it) 3-bit multi-level-cell, 3D Vertical NAND flash memory, better known as TLC V-NAND. So, who in the actual hell cares? You might, if you're planning on buying an SSD or computer soon. Samsung's current V-NAND technology has resulted in models like the 850 Pro SSD, which topped all benchmarks and has a 10-year guarantee. But combining V-NAND with 3-bit tech has more than doubled wafer yields, which should result in even cheaper, faster and higher-capacity SSDs. The disks aren't on sale yet, but there's a good chance that one of the first available will be Samsung's recently leaked 850 EVO.

In this article: 3-bit, 3D V-NAND, 850EVO, samsung, SSD, TLC V-NAND
All products recommended by Engadget are selected by our editorial team, independent of our parent company. Some of our stories include affiliate links. If you buy something through one of these links, we may earn an affiliate commission.