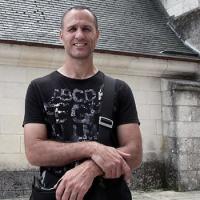 Steve Dent
Reporter
Steve should have known that civil engineering was not for him when he spent most of his time at university monkeying with his 8086 clone PC. Although he graduated, a lifelong obsession of wanting the Solitaire win animation to go faster had begun. Always seeking a gadget fix, he dabbles in photography, video, 3D animation and is a licensed private pilot. He followed l'amour de sa vie from Vancouver, BC, to France and now lives in Paris.