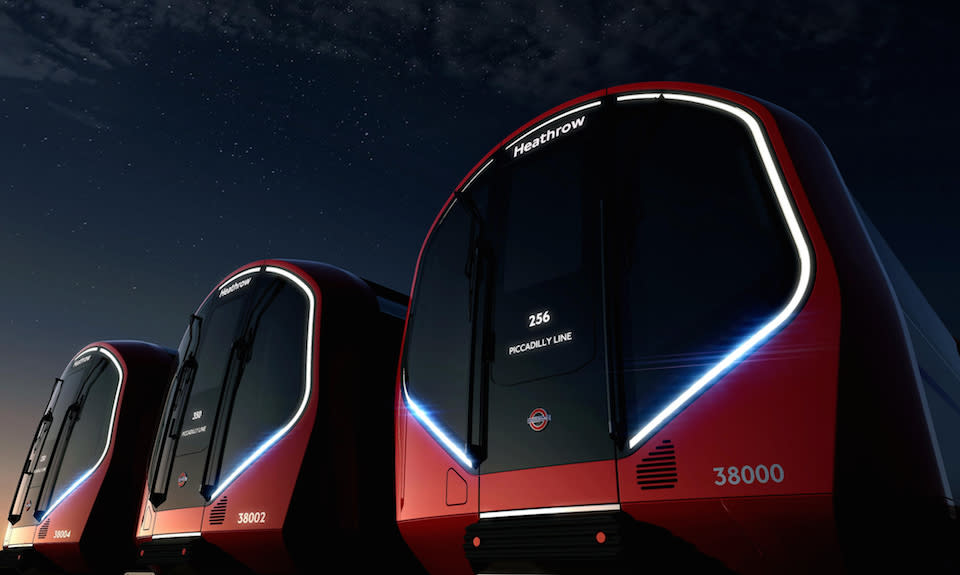 Want to see what the Tube could look like in the next ten years? Thanks to Transport for London and design studio PriestmanGoode, we now can, after they unveiled designs for a new fleet of driverless Tube trains due to be rolled out in 2022. The "New Tube for London" features a futuristic design that abandons the traditional multi-carriage layout for a walk-through car, which will provide passengers with air-cooling and onboard WiFi for the first time. Gone are the single doors we're used to seeing in today's carriages, replaced by double doors spread across the train. They're wider too, allowing people to get on or off a lot quicker, easing congestion inside a particularly busy station. TfL will also ditch paper advertising boards for "dynamic" digital screens that can be automatically updated with Tube statuses and real-time travel updates, but also allow advertisers like Amazon to hawk its latest Kindle using video ads. There'll even be interior LED lights that will use a glowing traffic light system to warn passengers when they're about to open or close.

TfL plans to deploy 250 of these next-generation Tube trains on the Piccadilly, Bakerloo, Central and Waterloo & City Lines over the next decade, increasing the capacity on all four lines by a minimum of 25 percent (or 12,000 travellers an hour). They are intended to last for 30 years and run 24 hours a day, maybe for when Transport for London decides to allow all Tube trains to run around the clock without a driver. It expects the first PriestmanGoode-designed carriages to go into service on the Piccadilly line in 2022, completing its full rollout by the mid-2020s.

In this article: led, london, PriestmanGoode, tfl, transport for london, tube, uk-feature, wifi
All products recommended by Engadget are selected by our editorial team, independent of our parent company. Some of our stories include affiliate links. If you buy something through one of these links, we may earn an affiliate commission.