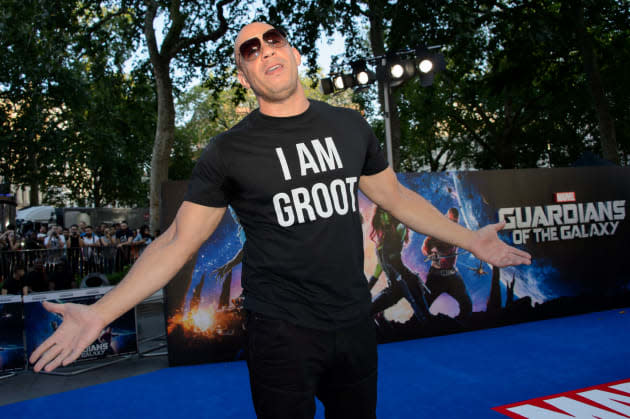 The Guardians of the Galaxy market on Etsy is about to suffer a devastating blow. Why? Well, because Marvel has answered the pleas of fans and announced that it's releasing an officially-licensed dancing baby Groot toy to "all major retailers." Best of all, Disney, Marvel's owner, have told Mashable that the embodiment of arguably Vin Diesel's best performance will only set you back $15. The adorable, rhythmic twig will apparently shimmy to either your own music or a rendition (video after the break) of The Jackson 5's "I Want You Back," and hit shelves in time for your December gift-giving occasion of choice. Considering that other plastic versions of the charming tree-being are rather limited and can run well over $300, you could buy a handful of these and make multiple geeks in your life happy this winter.

For everyone who's asked me about a dancing [spoiler-free] #GuardiansOfTheGalaxy toy--we've been discussing for months. No info yet!

In this article: disney, guardiansofthegalaxy, Jackson5, Marvel, toys, VinDiesel
All products recommended by Engadget are selected by our editorial team, independent of our parent company. Some of our stories include affiliate links. If you buy something through one of these links, we may earn an affiliate commission.