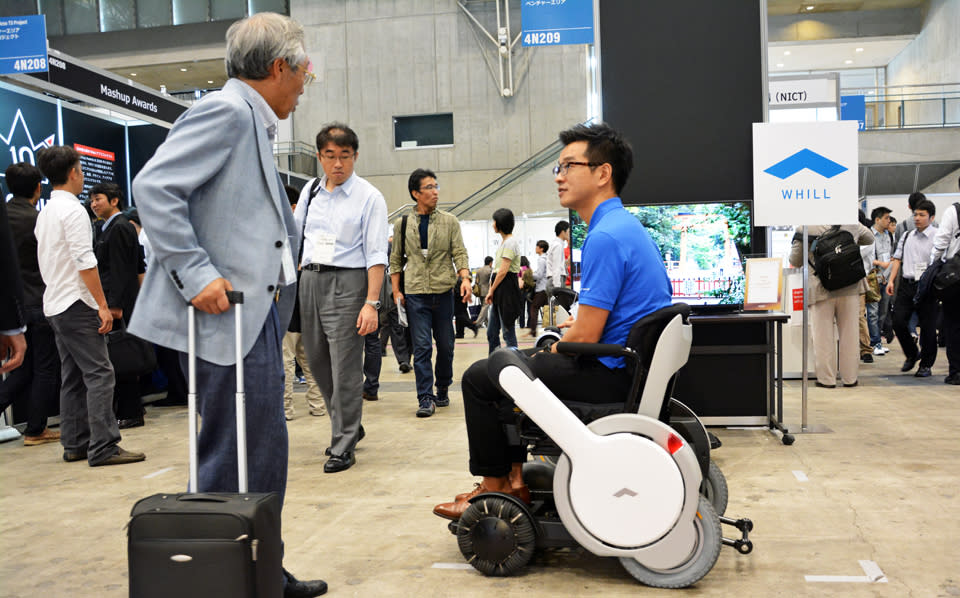 Japan's annual CEATEC is often the black sheep of the global tech show circuit. While CES in Vegas throws up new TVs, laptops, tablets and the occasional phone to pore over, and IFA in Germany does the same in the middle of the year, CEATEC doesn't usually offer up many big ole' fashioned product launches. Whether it's due to the nation's gradually recovering economy, or strategic choices of Japanese companies (Sony's not here, to start), the trade show tries to balance major Japanese tech brands alongside carmakers like Honda and Toyota, as well as component manufacturers, universities and tiny startups trying to gain a foothold. It's a generally messier show, but then that's part of the charm: There are always some interesting things to see -- as you'll discover for yourself below. (And you can find the rest of our reports right here.) 10
In this article: ceatec, ceatec2014, japan
All products recommended by Engadget are selected by our editorial team, independent of our parent company. Some of our stories include affiliate links. If you buy something through one of these links, we may earn an affiliate commission.