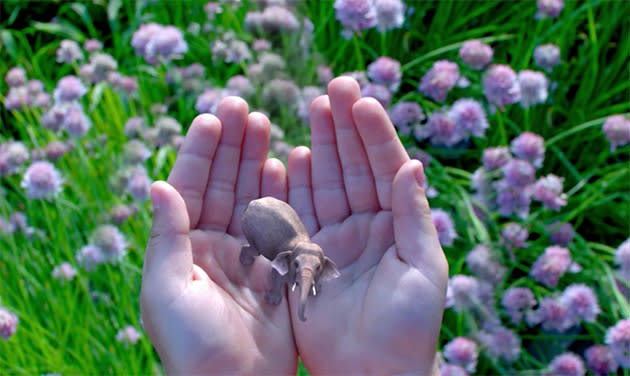 Google has just thrown its weight behind an augmented reality startup shrouded in mystery. Along with Qualcomm and film production Legendary Entertainment (among many other companies), Mountain View has funded Magic Leap to the tune of $542 million. According to The New York Times, that puts the startup's value at a whopping $2 billion, even though we still don't know much about the product it's developing. Here's what we do know about Magic Leap, though: it's not making a chunky headset like the now Facebook-owned Oculus Rift, and while company CEO Rony Abovitz wouldn't tell TechCrunch specifics, he said his team is working on a "lightweight wearable" solution, presumably powered by a mobile device.

He also told the publication that Magic Leap's technology goes well beyond virtual or augmented reality and can superimpose objects that truly look real onto the world, using something called dynamic digitized lightfield signal. Legendary Pictures CEO Thomas Tull (who has already spent time with the product) even described the startup's technology as "so badass" to Fast Company, adding that it is "a marker of the future." Magic Leap will use the money from the latest funding round to accelerate development, in order to launch its product (which might be available to consumers almost as soon as it's revealed, TechCrunch said) in the near future.

Update (10/22/2014): Hacker News user jclarkcom has taken a look at the start-up's patents, which might shed more light on Magic Leap's technology. We say "might," because those patents might be talking about a different technology altogether. If those patents do pertain to the device in question, then it will be able to show you digital images at different depths in a single image, so some may appear close to you while others will appear father away. Make sure to read the hacker news entry for a more technical and detailed explanation. [Thanks, Stephen Lake of Thalmic Labs]

If you'd rather get into the mind of Magic Leap CEO Rony Abovitz to find out what drives him, though, watch his fantastical TED "talk" from 2012 (below), where he took the stage in an astronaut suit and was assisted by fuzzy aliens.

In this article: AugmentedReality, google, magicleap
All products recommended by Engadget are selected by our editorial team, independent of our parent company. Some of our stories include affiliate links. If you buy something through one of these links, we may earn an affiliate commission.