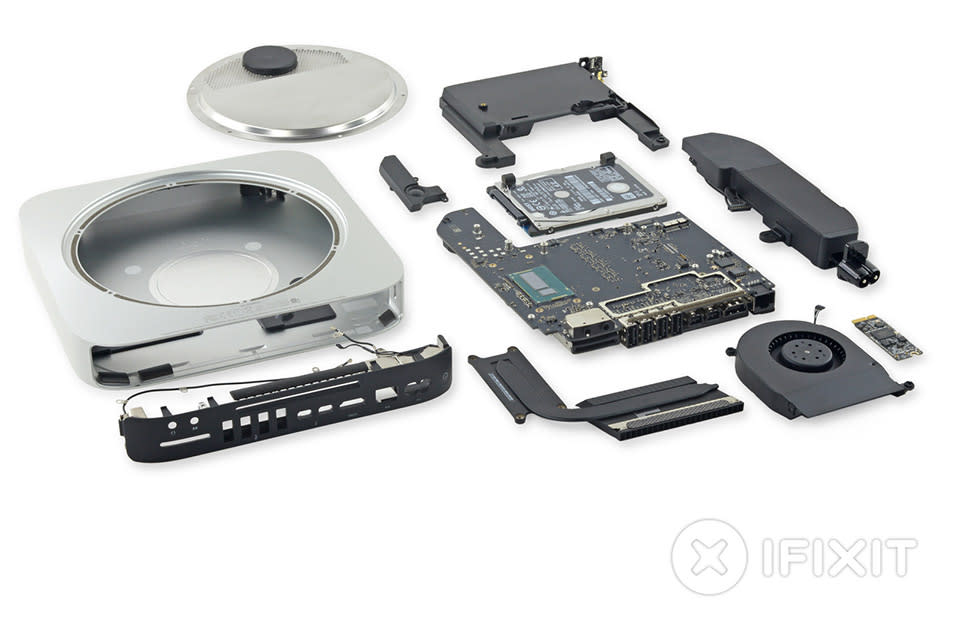 After the new-but-not-very-fresh iPad mini 3, the most disappointing part of Apple's recent show-and-tell was the $499 Mac mini -- the RAM is now soldered in, making it impossible to upgrade. iFixit has just revealed that the model has other user-unfriendly features as well. While access to the RAM used to be dead simple, it's now guarded by a metal cover held in place by Torx TR6 Security screws, which require an exotic tool. Adding a second hard drive is also, er, harder, since unlike past models, there's just a single SATA port (though you may be able to install a PCIe SSD). Finally, as mentioned, both the RAM and Intel Core-i5 CPU are soldered in permanently. That's not very cricket on Apple's part, considering that past Mac minis were a breeze to access and update. Still, thanks to a lack of glue and easy disassembly with the right tools, the iMac eked a passing repairability grade of 6 out of 10.

In this article: Apple, CPU, iFixit, Mac Mini, RAM, Teardown, video
All products recommended by Engadget are selected by our editorial team, independent of our parent company. Some of our stories include affiliate links. If you buy something through one of these links, we may earn an affiliate commission.