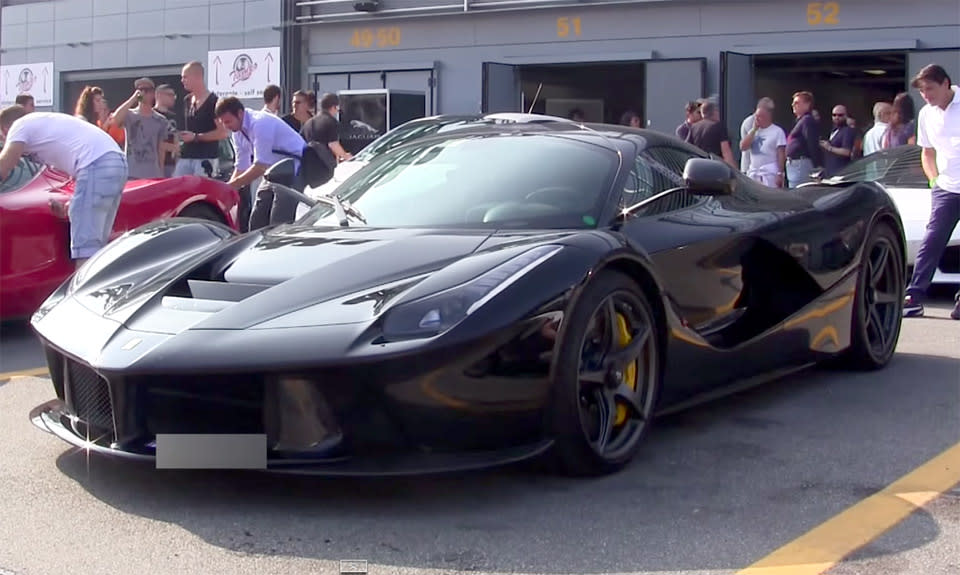 Pop quiz, hotshot. How much horsepower do you get with a 789HP V12 and 160HP electric motor? Any Ferrari fan knows the (insane) answer: 949. That's the total output from the $1.69 million hybrid LaFerrari, and Ferrari has always said that both motors would always work as one to produce it -- no electric-only mode. But a new video has shown the limited-edition supercar rolling out of its garage as silently as a cat before the V12 comes alive. It's mighty strange to see a dead-quiet Ferrari (especially considering its past stance on EVs), even if it was just for a few hundred yards. We're not sure if that means it'll now do that in stop and start driving like your hippy uncle's Prius, though Ferrari has promised a 5-mile EV-only mode on future cars. Not that it's going to help the EPA numbers -- it is a 217MPH car, after all.

In this article: Electric-only, EV, Ferrari, Hybrid, LaFerrari, supercar, V12, video
All products recommended by Engadget are selected by our editorial team, independent of our parent company. Some of our stories include affiliate links. If you buy something through one of these links, we may earn an affiliate commission.