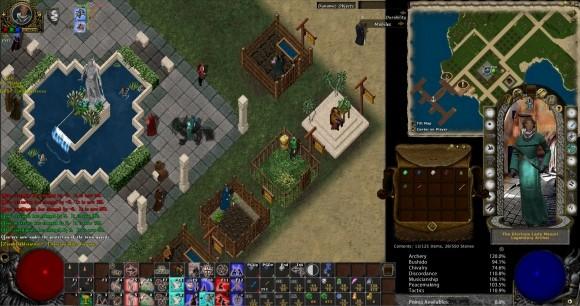 Ultima Online's publish 87 arrives on all shards today, bringing with it Halloween gifts as well as a fresh round of 17th anniversary gifts meant as an apology for their tardiness. The patch introduces a new Halloween event, Treasures of Doom, which funnels players into the dungeon Doom. Artifacts collected inside the dungeon can be traded to new NPC researchers stationed outside in return for brand-new titles and loot items, including named lanterns, unique slayer bonus buffs, and several pieces of high-end gear.

The game's standard trick-or-treating events run until November 19th, while the Treasures of Doom promotion continues until December 1st and won't resume again until Halloween next year.
In this article: anniversary, broadsword, broadsword-online, broadsword-online-games, classic-mmo, doom, ea, Electronic-Arts, halloween, halloween-2014, patch, treasures-of-doom, ultima, Ultima-Online, uo, update
All products recommended by Engadget are selected by our editorial team, independent of our parent company. Some of our stories include affiliate links. If you buy something through one of these links, we may earn an affiliate commission.