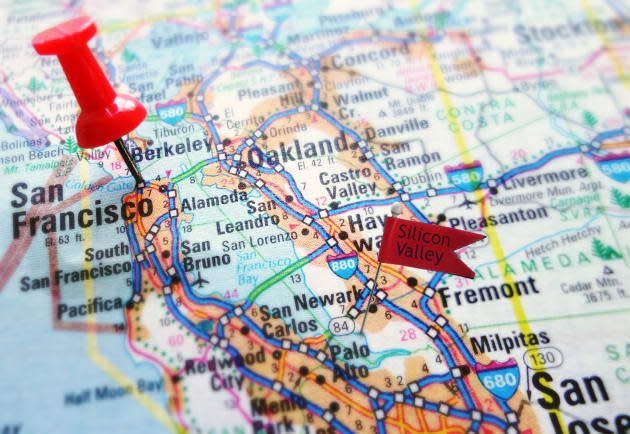 Ever heard of Electronics for Imaging? We hadn't either until this morning, but it's apparently a multimillion dollar, multinational, public corporation based out of Fremont, California. And the United States Department of Labor just caught EFI red-handed in an investigation, which found that "about eight employees" were flown in from India to work 120-hour weeks for $1.21 per hour. EFI apparently thought it was okay to pay the employees the same wages they'd be paid in India (in Indian rupees). Here's the unbelievably crazy sounding quote EFI gave to NBC's Bay Area affiliate: "We unintentionally overlooked laws that require even foreign employees to be paid based on local US standards."

Just so we're clear: is there anyone reading this who doesn't know that any person working in the United States is legally required to be compensated according to United States laws?

Alberto Raymond, an assistant district director with the US Department of Labor told NBC, "It is certainly outrageous and unacceptable for employers here in Silicon Valley to bring workers and pay less than the minimum wage." And that applies to EFI especially, which posted just shy of $200 million in revenue in its last financial quarter. EFI is publicly traded on the NASDAQ exchange, and the company's in the business of computer peripherals (mainly printer-based stuff).

The eight employees are being paid $40,000 in owed wages; they were reportedly installing computer systems at the company's headquarters. EFI was charged $3,500 -- yes, seriously -- for being at fault.

In this article: efi, electronicsforimaging, legal, underpaidworkers
All products recommended by Engadget are selected by our editorial team, independent of our parent company. Some of our stories include affiliate links. If you buy something through one of these links, we may earn an affiliate commission.