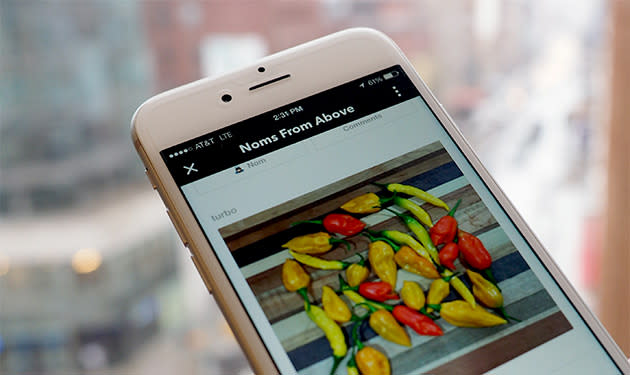 Facebook's new Rooms app is weird, and it isn't long after installation that you figure out why. You don't log in with your Facebook credentials. Your profile picture appears nowhere. It doesn't tap into your contacts. If Rooms' iOS-only App Store listing didn't proudly proclaim it was a Facebook product, you'd almost certainly never know it was brewed within the social giant's cavernous confines. Seems a little off-kilter for a chat app, especially one with this pedigree. Instead, it just lets you create those eponymous Rooms -- they're like those AOL chatrooms of yore, dedicated to any topic (or no topic at all) and augmented with the the ability to moderate posts like a power-tripping VIP on a forum. When it's spelled out like that, doesn't it all sound just delightfully anachronistic?

Update: Did you have trouble downloading Rooms earlier? You're not the only one, but those problems should be resolved, click here to give it another shot.

Facebook's Josh Miller (who previously work on Branch before FB bought it) cops to a certain level of historical inspiration -- he says the company's Creative Labs team wanted to meld the "ethos of these early web communities and the capabilities of modern smartphones". Naturally though, those Rooms don't look like the places we hung out online in 1998 -- they're bright, colorful, near-endlessly customizable. Users can pin especially good content for all to see, or tweak member permissions to control who gets access to what. And, most importantly of all, your real name doesn't come anywhere near Rooms... unless you want it to, anyway.

Every time you enter or create a room, you're prompted to come up with a nom de plume -- when your Rooms are small and insular enough, chances are most people will be able to suss out who the others are. But when a Room gets big (by way of a neat image-based invite system)? Like, say, Noms From Above, which sports 479 people sharing pictures of food? You just might be glad for that anonymity. After years of insisting that people should stick to using their real names, Facebook has finally conceded that yes, there's value in getting to choose who you want to be in a given situation.

Apple fixed the bug – you should be able to download Rooms now! http://t.co/LjE2Ap6uDU (Last tweet, promise, thanks for the <3 today.)

In this article: anonymous, aol, apple, chat, facebook, mobilepostcross, rooms
All products recommended by Engadget are selected by our editorial team, independent of our parent company. Some of our stories include affiliate links. If you buy something through one of these links, we may earn an affiliate commission.