This election proved you're only as good as your data 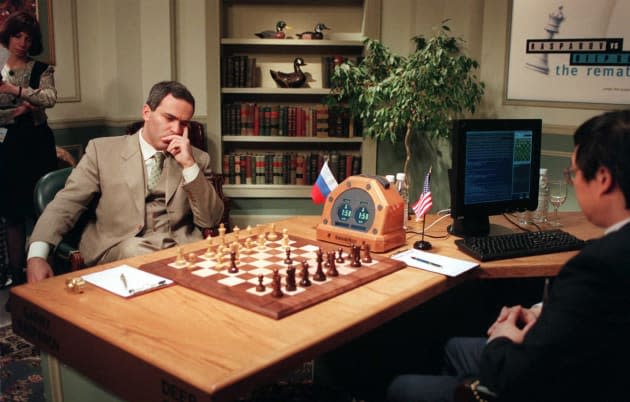 The battle of wits between IBM and chess grandmaster Garry Kasparov is one of the biggest moments in the history of artificial intelligence. After conceding defeat, the Russian suggested that the IBM team had cheated their way to a victory, something that the company, to this day, refutes. A new film, from Nate Silver's FiveThirtyEight, seeks to shed some light on the accusation and what prompted his allegations. Directed by Hollywood uber-producer Frank Marshall, the documentary examines the controversial 44th move and how a simple computer error proved to be Kasparov's undoing.

According to the film, Deep Blue was trapped in a loop, and rather than spin its wheels, IBM had programmed the computer to just make a "safe legal move." Essentially, this means it just made a nothing move that would force the onus back on Kasparov without losing a piece or position. The grandmaster, however, had assumed that there was some deeper logic at work, and was rattled. There's plenty more tidbits like that in the clip (below), but if I wrote them all out, there'd be no point in you watching it.

In this article: FiveThirtyEight, IBM, video
All products recommended by Engadget are selected by our editorial team, independent of our parent company. Some of our stories include affiliate links. If you buy something through one of these links, we may earn an affiliate commission.