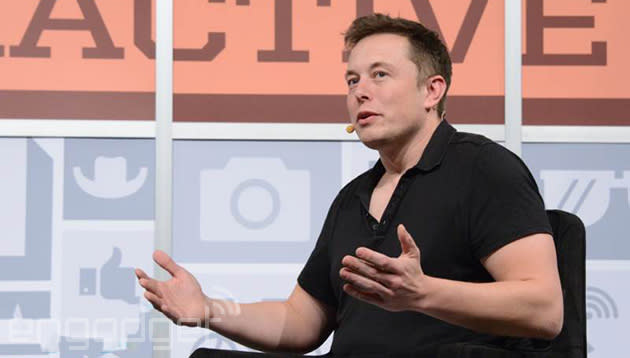 Elon Musk really wants us to be worried about the potential danger of artificial intelligence. He just told an MIT symposium that he feels it's "our biggest existential threat," then ratcheted the hyperbole further, saying "with artificial intelligence, we're summoning the demon." He added that "HAL9000 would be... like a puppy dog," and said governments need to start regulating the development of AI sooner than later. Last August, Musk said that super-intelligent robots were "potentially more dangerous than nukes." Paranoid rantings? We doubt it -- given his track record, it's more likely that Musk knows something we don't.

In this article: AI, Artificial Intelligence, Elon Musk, ElonMusk, MIT AeroAstro, video
All products recommended by Engadget are selected by our editorial team, independent of our parent company. Some of our stories include affiliate links. If you buy something through one of these links, we may earn an affiliate commission.