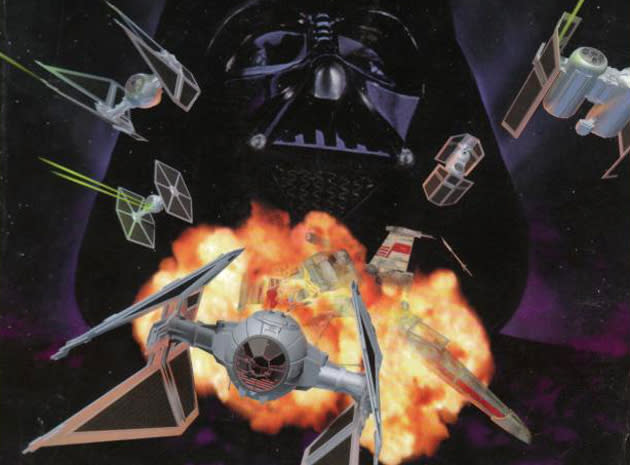 Forget that upcoming Battlefront game for now -- the Star Wars titles that hardcore fans have really been looking for are finally here. Good Old Games has announced official re-releases of X-Wing and TIE Fighter that let you play these legendary space combat games (arguably, the best Star Wars games ever) on a modern PC without resorting to bootleg copies or hacks. They'll cost $10 each when they arrive on October 28th, and they're Special Editions that include both the CD-ROM content (SVGA graphics! Voiceovers!) as well as all the expansion packs. If you've been waiting two decades to once more recreate the Death Star trench run or blow up a Rebel frigate, your moment has come.

Update: As you may have suspected, GOG posted those game links prematurely -- they disappeared shortly after we posted our story. Come back on the 28th and they should work properly.

In this article: game, games, gaming, gog, goodoldgames, nostalgia, starwars, tie-fighter, video, x-wing
All products recommended by Engadget are selected by our editorial team, independent of our parent company. Some of our stories include affiliate links. If you buy something through one of these links, we may earn an affiliate commission.