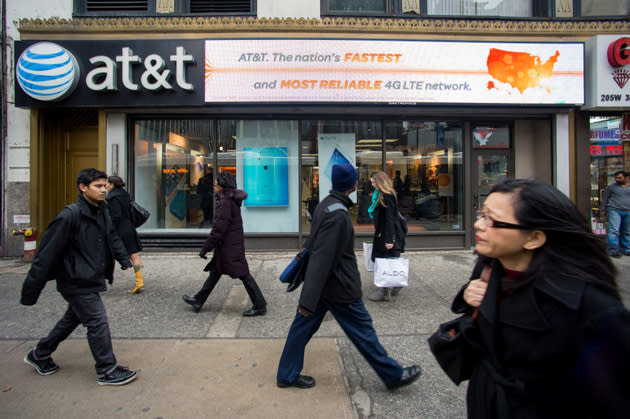 If you felt that AT&T pulled a fast one by promising you unlimited mobile data only to throttle your service later on, you're not alone. The Federal Trade Commission has just sued the carrier for misleading grandfathered customers about the changes; allegedly, it's not doing enough to warn these subscribers that it heavily throttles their connections after they reach a data usage milestone. It's not really unlimited access if your service becomes so slow that music streaming and other common features don't work, the FTC says. Effectively, AT&T changed the terms of use for people who were still under contract, and didn't say much when customers renewed.

We've reached out to AT&T for its take on the lawsuit, and we'll let you know what it says. Big Blue has historically insisted that throttling is necessary to prevent data hogs from congesting the network. However, that argument might not hold water in this case -- the FTC is primarily concerned with the honesty of what AT&T is doing, and it's hard to argue that unlimited service really deserves its title when subscribers can quickly lose a lot of the functions they take for granted. Moreover, the FTC isn't alone in this fight. The FCC has also been taking providers to task, and it put enough pressure on Verizon that the company backed away from its throttling plans. It wouldn't be surprising if AT&T suddenly has second thoughts about its own slowdown strategy.

Update: Not surprisingly, AT&T isn't happy. It claims the FTC's lawsuit is "baseless," and maintains that it has been "transparent" about the entire affair between press releases and bill notices. Also, it notes that "only" 3 percent of customers are affected, and they get a text message when throttling is a concern. While it's definitely true that AT&T has discussed throttling out in the open, that doesn't address the FTC's concerns about telling customers exactly how unusable their service can get -- or the complaint that in-contract customers were promised one thing and got another. Also, 3 percent of 55.8 million subscribers (as of the third quarter) still adds up to roughly 1.7 million, so there are plenty of people directly affected by these policies.

In this article: att, carrier, ftc, lawsuit, mobilepostcross, regulation, smartphone, throttling, wireless
All products recommended by Engadget are selected by our editorial team, independent of our parent company. Some of our stories include affiliate links. If you buy something through one of these links, we may earn an affiliate commission.