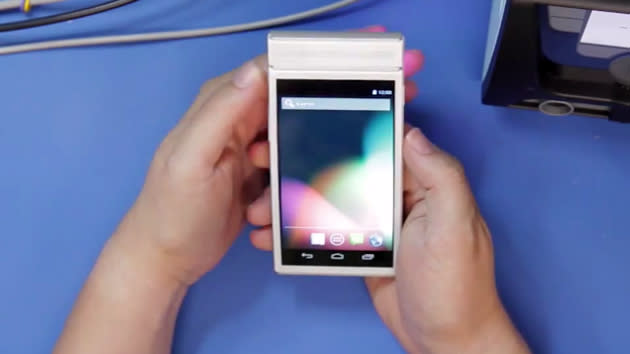 You'd be forgiven for being skeptical of Google's Project Ara -- for all the prototypes and partnerships, actually spotting a working unit has been a gigantic challenge. You won't have to jump through hoops to see one after today, thankfully. The engineering team at NK Labs has shown Phonebloks a real, honest-to-goodness functioning test phone that boots into Android. It's using an old Jelly Bean release instead of the promised Android Lollipop build, and the demo doesn't include a significant amount of functionality, but hey -- progress!

Whether or not you've been waiting for proof, you'll be glad to hear that Google now plans to hold its second Ara conference on January 14th. The focus will primarily be on the module developer kit, but there are also plans to show newer phone prototypes and provide the first hints of how the pilot launch will work. NK Labs is already willing to provide a small clue; it says that the next major test unit, Spiral 2, will give module makers a lot more room for their projects. In other words, it's likely that the next wave of Project Ara components will be more powerful than what you've seen so far.

In this article: android, atap, google, mobilepostcross, modular, modularphone, nklabs, projectara, smartphone, video
All products recommended by Engadget are selected by our editorial team, independent of our parent company. Some of our stories include affiliate links. If you buy something through one of these links, we may earn an affiliate commission.