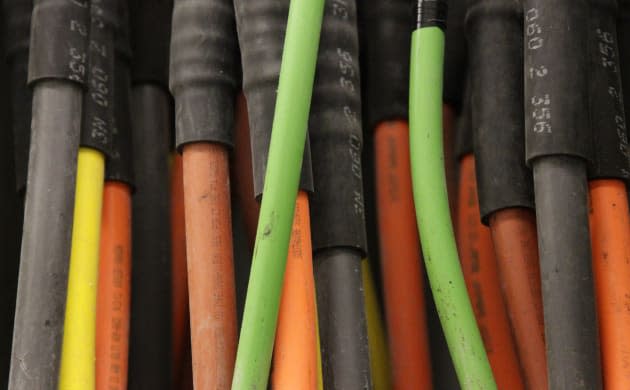 Researchers in the US and Netherlands have managed to transmit data at 255Tbps across a single strand of fiber cable over a kilometer (0.6 miles), about 2,500 times faster than any commercial fiber. They used a so-called multicore cable with seven separate channels, but the hardware alone didn't account for the speed. They also squeezed 50 carriers down the seven cores, cranking each up to 5.1 Tbps using "spatial multiplexing." None of that tech alone is new, but the net result of that was 255Tbps (31.8 Terabytes per second), enough to handle the world's peak internet traffic, according to ExtremeTech. Don't expect a speed boost at home anytime soon -- there's no way to mass produce the cables yet, and current infrastructure wouldn't support it anyway. But at least you can look forward to a day when you could download all 317,060 movies in the IMDB in two and half hours.

In this article: 255Tbps, Fiber, FiberOptic, MultiCore, multiplex, single-fiber
All products recommended by Engadget are selected by our editorial team, independent of our parent company. Some of our stories include affiliate links. If you buy something through one of these links, we may earn an affiliate commission.