Alita takes on a ton of cyborgs in new ‘Alita: Battle Angel’ trailer

Recommended Reading: Streaming is changing the sound of music 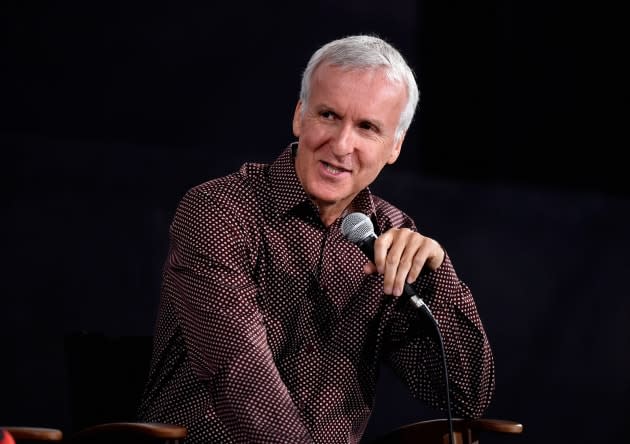 Coming from the man who created Terminator and Avatar, two of the most highly recognized sci-fi franchises, you'd think James Cameron would be excited about the rise of virtual reality in the past couple of years. But not so fast. Yesterday, during an interview at the WSJD Live conference, Cameron expressed that he isn't really impressed by the current stage of VR technology. "There seems to be a lot of excitement around something that, to me, is a yawn, frankly," said Cameron when the topic of virtual reality was brought up. "What will the level of interactivity with the user be other than just 'I can stand and look around'? If you want to move through a virtual reality, it's called a video game. It's been around forever."

The Oscar-winning director went on to add that he doesn't know if virtual reality will appeal to the mainstream consumer, at least not in its present form. "The question that always occurred to me is: When is it going to be mature; when is it going to be accepted by the public at large; when are people going to start authoring in VR; and what will that be?" he stated. Still, Cameron did say devices such as the Oculus Rift could, eventually, change the way people watch movies, but that the right formula just isn't there yet. "At what point are we going to say cinema is cinema, games are games, is there a new narrative art form that involves aspects of both?"

In this article: James Cameron, JamesCameron, Oculus, Oculus Rift, Oculus VR, OculusVR, virtual reality, virtualreality, VR
All products recommended by Engadget are selected by our editorial team, independent of our parent company. Some of our stories include affiliate links. If you buy something through one of these links, we may earn an affiliate commission.