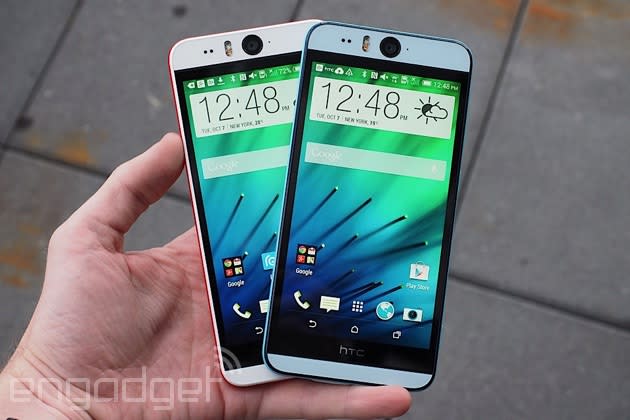 When it rains, it pours -- on top of its Galaxy Note Edge announcement, AT&T has unveiled launch plans for no less than six smart devices that should reach stores by November 7th. It'll be a particularly big day for HTC fans, who'll get the Desire Eye ($150 on contract, $550 off), One (M8) for Windows ($200/$670) and RE camera ($199 contract-free). And that's just the start. The previously promised Lumia 830 will arrive at the same time, costing $100 on contract and $450 up front; you'll get a free Fitbit Flex activity tracker with the Windows Phone if you act quickly. Meanwhile, smartwatch lovers will like that both LG's G Watch R and Motorola's Moto 360 will go on sale for respective prices of $299 and $249. That's a lot of release info to digest, but it's hard to complain too much about getting so many gadgets in one day.

In this article: att, desireeye, gwatchr, htc, lenovo, lg, lumia830, microsoft, mobilepostcross, moto360, motorola, nokia, onem8forwindows, re, recamera
All products recommended by Engadget are selected by our editorial team, independent of our parent company. Some of our stories include affiliate links. If you buy something through one of these links, we may earn an affiliate commission.