Discord shuts down major 'Boogaloo' server over threats of violence 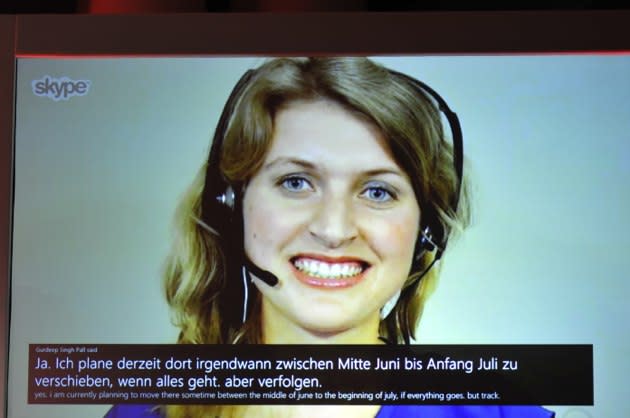 We first heard about Skype's Translator feature back in May, and that it should arrive before the end of the year. Well, in keeping with that timeline, the video-chatting outfit opened up a preview for Windows 8.1 devices. As its moniker suggests, the new feature converts speech in real-time, to keep the lines of communication open without the need for a third person to do the translating. It also shows an on-screen transcript during calls and can sort IM translation in 45 languages. If you're wielding a computer or tablet that's running the aforementioned OS, head over to the source link to opt in to the preview ahead of the new tool's official arrival.

In this article: chat, microsoft, preview, skype, skypetranslator, translator, videochat, windows8.1
All products recommended by Engadget are selected by our editorial team, independent of our parent company. Some of our stories include affiliate links. If you buy something through one of these links, we may earn an affiliate commission.