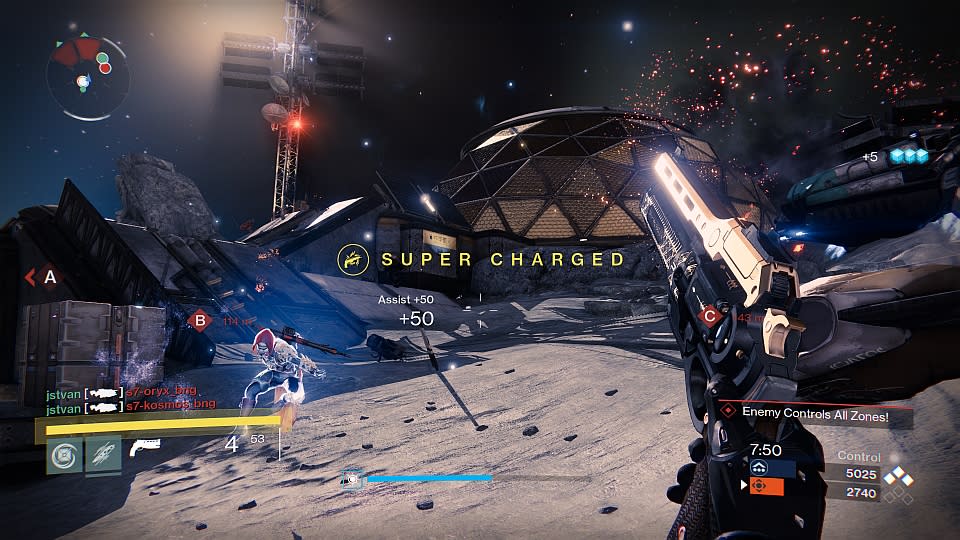 Activision is the most profitable game publisher in existence. The company's behind the Call of Duty franchise, the Skylanders franchise and many more. You know World of Warcraft? Activision owns the company that makes it, Blizzard Entertainment. The company's latest big release is Destiny -- a $500 million bet that Activision's making on the studio that previously created the Halo franchise (Bungie Studios). The game launched on September 9th across four platforms: Xbox 360, PlayStation 3, Xbox One and PlayStation 4. Activision CEO Eric Hirshberg says the game was "profitable from day one," but the company's yet to release up-to-date sales numbers. Instead, it's offering a "registered user" statistic: 9.5 million. But what does that actually mean? (Update: According to Activision, it means an individual Xbox Live or PSN account, check below for more.) That's a good question. Hirshberg offered the following clarification during a quarterly financial call this evening:

"To date we have over 9.5 million registered users -- of course there's a relationship to sell through, it's not exact. Because some people have more than one identity, but obviously that's directional."

There are two ways to interpret Hirshberg's explanation, and those interpretations hang on one particular bit of language in the statement. "Some people have more than one identity" is the problematic bit -- is Hirshberg referencing folks who have more than one Xbox Live/Sony Entertainment Network login? Or is he referencing how many player characters have been created within Destiny?

These two interpretations come with starkly different outcomes. Should he mean the former, the correlation between 9.5 million "registered users" and sales of the game aren't completely divorced. After all, there are only so many folks who purchase the same game on multiple platforms. We can pretty safely assume the actual unit sales of Destiny wouldn't be very different from the "registered users" number if this is what Hirshberg is referencing.

But if he means the latter, that 9.5 million number could shrink pretty dramatically in terms of unit sales. Each copy of Destiny enables three character creation slots. It doesn't cost anything extra to create extra characters (other than time, of course), and part of the appeal of Destiny is trying out different character builds. It also doesn't help that there's a relatively low level cap in the game thus far, meaning multiple characters is the way that many are extending their gameplay experience.

Thus, if "registered users" means "all created characters," the correlation between that 9.5 million number and actual copies of the game sold to human beings is pretty weak. To the extent that the number could be divided by a factor of three, in fact. That's a huge difference!

We've asked Activision for clarification and will update this should we hear more. That said, Activision not outright stating Destiny sales (for the second month in a row) says a lot unto itself.

Update: We've received a response, and Activision says that the "registered users" refers to unique PlayStation Network / Xbox Live accounts, while multiple characters per account are not factored in. That's still potentially less than an exact 1:1 sales number, but reflects an impressive amount of sales since launch. Our only questions left? Why not be more specific from the beginning -- and when is the gunsmith going to be selling rare fusion rifles?

In this article: activision, bungiestudios, destiny, erichirshberg, hdpostcross, microsoft, playstation3, playstation4, ps3, ps4, sony, video, xbox360, xboxone
All products recommended by Engadget are selected by our editorial team, independent of our parent company. Some of our stories include affiliate links. If you buy something through one of these links, we may earn an affiliate commission.