NWSL soccer matches will stream on CBS All Access and Twitch 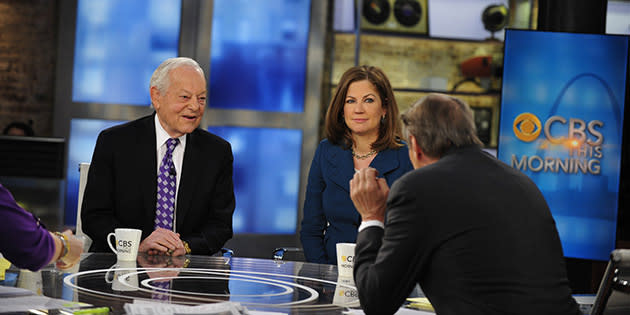 Can't get enough of Charlie Rose and Bob Schieffer on your TV box? CBS is apparently bringing its focus on original reporting to a digital-only news channel starting tomorrow, CBS Interactive head Jim Lanzone announced at the Web Summit in Dublin, Ireland. Re/Code reported the announcement directly from Ireland -- no name was given to the service by Lanzone. However, it looks like "CBSN" is a strong candidate, according to Variety.

So, what kind of news coverage should you expect to see on CBSN? Details are scarce thus far, but it looks like live video coverage from CBS News' stable of reporters is on the docket. As Variety reports, "CBS News correspondents Jeff Glor and Elaine Quijano are expected to figure prominently in the new video-streaming effort, though a wide variety of correspondents from CBS News are likely to take part."

Digital's not exactly a new market for CBS. Lanzone's department, CBS Interactive, speaks to that fact. The company's long had iOS, Android and Windows Phone apps for digitally streaming its content. This is the company's first foray into digitally streaming news, nonetheless on its own dedicated digital channel. Again, details are scarce as to how CBSN will work -- will it cost money? will it run ads? how much, if any, news will be repurposed from broadcast TV? -- but we should find out much more tomorrow when it's planned to launch.

In this article: cbs, cbsn, hdpostcross, news
All products recommended by Engadget are selected by our editorial team, independent of our parent company. Some of our stories include affiliate links. If you buy something through one of these links, we may earn an affiliate commission.