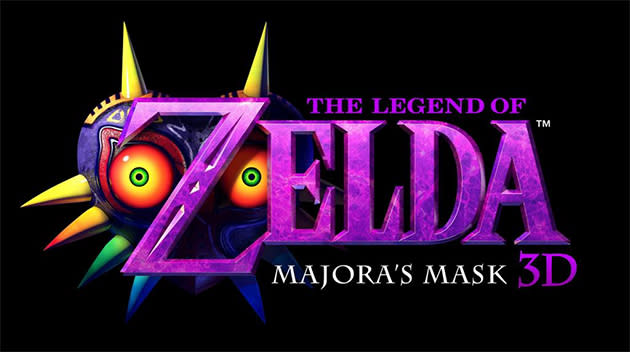 Oh, so a head-scratching leak from Target wasn't enough to convince you? That's fair, how about something a bit more concrete? Nintendo just revealed in its most recent Nintendo Direct stream that The Legend of Zelda: Majora's Mask is indeed getting a 3D remake, and it's slated to hit shelves in Spring 2015. We're coming for you, Skull Kid.

On the off-chance that you're not familiar with Majora's Mask, it's easily one of the darkest, most unnerving installments in the long-running Zelda series. You've essentially got Link running around and rewinding time over and over, all to stop a frankly terrifying, falling moon from obliterating the planet in three days. It's also gained a bit of notoriety because of the strangely popular creepypasta that took inspiration from it, which you should probably read a few times ahead of the game's release just to make sure you're suitably weirded out going into it. Alas, we're lacking some crucial details -- Nintendo CEO Satoru Iwata uttered all of two sentences about the game before throwing the show over to North American Marketing Manager Bill Trinen, but at least the floodgates are finally, officially opening.

In this article: 3d, 3DS, games, gaming, legendofzelda, majora, majoras-mask, nintendo, remake, videogames, zelda
All products recommended by Engadget are selected by our editorial team, independent of our parent company. Some of our stories include affiliate links. If you buy something through one of these links, we may earn an affiliate commission.