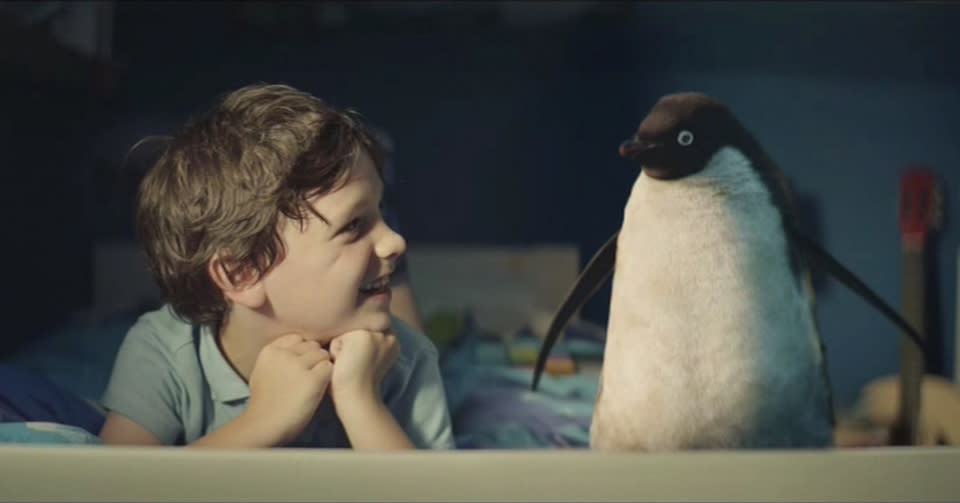 Every year, high street retailer John Lewis taps into the hearts of millions of Brits with a new Christmas ad. This year is no different, after it unveiled a new £7 million marketing campaign, Monty's Christmas, which centres on a little boy called Sam who wants to give his little penguin mate Monty the gift he has been dreaming of -- a new penguin companion called Mabel. John Lewis' festive campaigns tend to drive up its profits, and this year will likely be the same. However, to ensure this remains the case, the company is betting on technology to get mums and dads spending, with a little help from their children.

Tomorrow, the retailer will open Monty's Magical Toy Machine in its flagship Oxford Street store in London. Children are invited to bring their favourite cuddly toy, allowing store employees to scan and render them in 3D for their (little) owners to interact and play with on a big screen. The Telegraph reports that John Lewis has teamed up with Microsoft to create the booth, which uses three DSLRs to photograph the toy (which is suspended in mid-air using wire clips) and snapped 17 times to generate a 3D representation.

Those images are then processed by an X1 custom built computer running Windows 8.1, which then displays a digital model of the toy on three 75-inch displays equipped with the latest Kinect sensors. Kids can see their toy wake up, wave and dance, keeping them amused before their parents drag them around the rest of the store. Google also plays a small role in proceedings with "Monty's Goggles." John Lewis has taken the search giant's inexpensive VR concept, Google Cardboard, and used it to create a 360-degree virtual world featuring Sam and Monty. Samsung's in on the action too, sponsoring the "Monty's Den" experiences in stores around the country and providing Galaxy Tab S' for kids to create their own penguin-themed Christmas cards.

While the technology-themed exhibits are designed to get people in through the doors and make people part with their cash, John Lewis is also doing its bit for charity. A Monty's Christmas children's book narrated by Dermot O'Leary will go live on the App Store and Google Play today, with a percentage of the proceeds going to Barnardo's children's charity.

In this article: 3d, app store, google, google cardboard, john lewis, kinect, microsoft, samsung, uk-feature, virtual reality, vr
All products recommended by Engadget are selected by our editorial team, independent of our parent company. Some of our stories include affiliate links. If you buy something through one of these links, we may earn an affiliate commission.