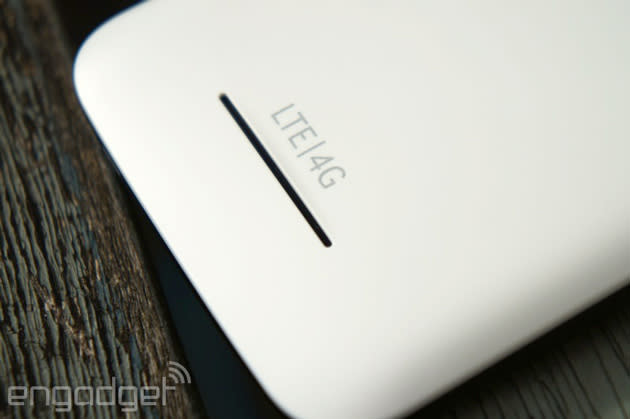 The UK's four main carriers may steadily be building up their 4G coverage, but regulators don't want to leave the future of Britain's superfast networks to chance. UK communications regulator Ofcom today announced that it intends to auction more 4G spectrum late next year (or early 2016), giving operators to opportunity to expand their LTE networks with more high data capacity spectrum. It expects to raise between £50 and £70 million from the sale, which will then line the pockets of the government.

The two bands in question are the 2.3 GHz and 3.4 GHz frequencies. The former is supported in handsets old and new, including the iPhone 5 and iPhone 6, Samsung's Galaxy phones and HTC's One devices, while the 3.4 GHz band is primarily utilised by wireless broadband provider Relish in the UK. To keep things fair, Ofcom says it will limit operators' mobile holdings to 37 percent of each spectrum, giving carriers like Three and O2 (and even BT) the chance to achieve some parity with their bigger rivals.

In this article: 4g, auction, ee, lte, o2, ofcom, spectrum, three, uk-feature, vodafone
All products recommended by Engadget are selected by our editorial team, independent of our parent company. Some of our stories include affiliate links. If you buy something through one of these links, we may earn an affiliate commission.