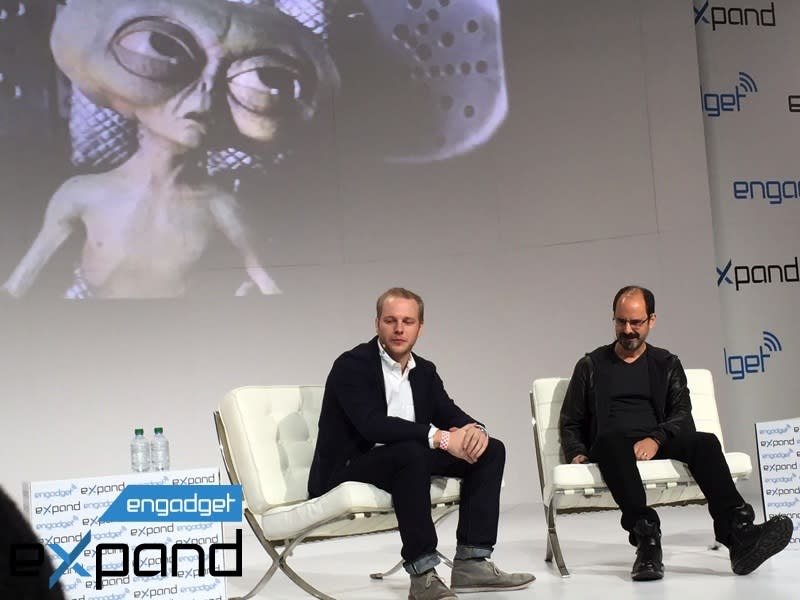 Sure, CGI has come a long way. But there's still something magical about practical special effects in films. At Engadget Expand, we got a close look at some of the most intriguing work from animatronics expert Mark Setrakian. You've probably seen his stuff: He created the tiny, head-mounted alien that delivered some crucial plot information to Will Smith in Men in Black. He specializes in creating complex animatronics that appear surreally lifelike. (He particularly enjoys building terrifying robotic hands.)

For that iconic Men in Black scene (02:07 in the clip above), Setrakian said he created an eight-foot-tall cockpit to house the two-foot alien, which was controlled by five puppeteers. Note the attention paid to the alien's heavy breathing and it's life-like eyes. Setrakian also ended up voicing the alien.

"They just don't make puppets like this anymore," he said in a conversation with Engadget editor Mat Smith. "We were on the cusp of when CGI was starting to make it into films."

His work also includes creatures for the Hellboy films, Lady in the Water, and Pacific Rim, although more recently, he's focusing on creating humanoid robots. For example, he built the freaky dancing robot installation Female Figure together with the artist Jordan Wolfson. That's a particularly haunting piece, because it's at once human and alien. Even more impressive, he programmed all of the robot's dance movements by hand -- no motion capture involved. In this article: animatronics, Engadget, EngadgetExpand, ExpandNY, expandny2014, Mark Setrakian, special effects
All products recommended by Engadget are selected by our editorial team, independent of our parent company. Some of our stories include affiliate links. If you buy something through one of these links, we may earn an affiliate commission.