The unconventional analogies of ‘Your Hands Are Feet’

Here's what happened at Engadget Expand 2014 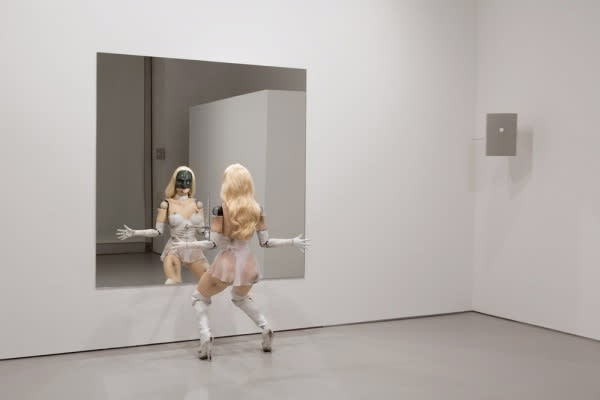 Mark Setrakian has been working with robotics and animatronics for a while -- starting at 19 and working at Industrial Light & Magic. If you've seen Men In Black, Hellboy or even Pacific Rim, then you've seen some of his creations. He's also a former heavyweight champion of Robot Wars and the man behind Robot Combat League's metal fighters. Who better, then, to come onstage at Expand NY (the show starts today!) and explain how robotics make it onto the big screen, how to ensure it all looks the part and what challenges still remain. However, before all that, we've asked him to explain what he's learned from roughly two decades of making inanimate things come to life.

He didn't set out to be the robot guy

When Setrakian first started working on TV and film, his aim wasn't to be the robotics guy. "I wanted to do everything," he says. However, during his interview at George Lucas' Industrial Light & Magic, he was told that his mechanical designs were standout, and the focus of his career moved into not only mechanical design, but also puppetry. As he put it: "bringing life to inanimate things -- exploring and adding new technologies and techniques."

While designs and ideas may look good in theory, testing robots is often literally make or break. "You quickly learn what works and what doesn't," he says. And in short? "The simpler, the better." Complicated mechanisms and motors will often have a higher propensity to not work just right -- or simply break -- when put under the stresses of robot battles. "It's the most educational environment."

While Setrakian may have started off with low, slightly lumpy robots on wheels, hacking and pummeling each other, Robot Combat League took the fight to humanoid form, scaling the difficulty of pretty much everything. Compared to the two or three motors found in the wheeled variety of drones, humanoid bots would take around 28 motors, with multiple degrees of freedom for movement -- he adds there was now a nuance of puppetry to how the humanoid bots moved and were controlled. These robots also had engineering ties to a project that followed after: the Female Figure.

Part of an art installation by Jordan Wolfson, the Female Figure is an animatronic robot that dances in front of a large mirror, with uncannily human fluidity. It also tries to make eye contact with spectators that move around it, freaking everyone out in the process. Both the dancer and gladiator robots use the same six-axis motion base -- they just put them to very different uses

To ensure a degree of organic dancing, Setrakian wrote the motion controls for the robot almost like a music synthesizer. Every move is like a loop, while the "samples" themselves can be sped up or slowed to match the music of choice. Dance choreographers helped inform the moves used by the robot, but there's no motion capture here -- these are programmed movements honed from a mixtape of dance moves. This ensures that while each move is programmed, how they're put together depends on the controller. The robot can apparently even be controlled live. "It's crucial here to write your own [software] tools," he says.

"3D printers are like a quality-of-life machine," Setrakian exclaims. "If I need a box for a design, it's there to be made: I just have to design it and send that to a 3D printer ... then it's made. You don't have to work so hard to do things well, to do things right." Freeing up that mental bandwidth is a good thing, he adds, because "it helps to focus on the innovative stuff, the creative stuff."

As he's continued to create robots and animatronics, Setrakian notes the price hasn't really declined that much. While simpler tech is cheap, to make complicated movements and complex machines, high-performance motors and other parts remain expensive. Humanoid robots don't come cheap, and that's what's stopping the sci-fi vision of a robot-filled world from happening. He reckons that commercial development, eventually at least, will lead to an entire spectrum of robotics, from the cheapest entry-level models to bleeding-edge, expensive options. He compares the development of robotics to cars. But whereas automobiles were created, the roots of robotics came from fiction before they could even exist, creating some high expectations for robots. While robotic movements get increasingly complicated, a vision of robots everywhere is still likely a while away.

In this article: EngadgetExpand, expand, expandny, FiveQuestions, marksetrakian, movies, robots
All products recommended by Engadget are selected by our editorial team, independent of our parent company. Some of our stories include affiliate links. If you buy something through one of these links, we may earn an affiliate commission.