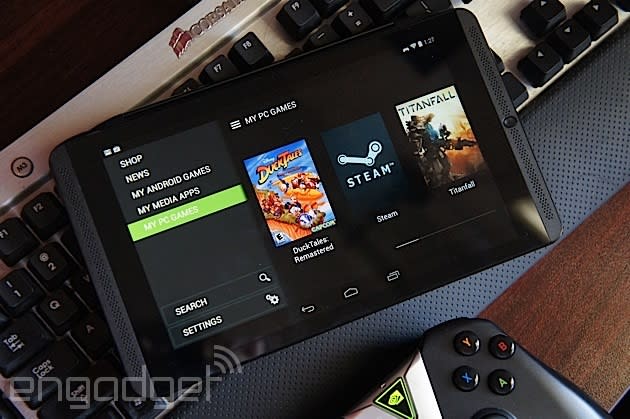 Samsung definitely isn't taking NVIDIA's first patent lawsuit lying down. The Korean tech firm has countersued NVIDIA not just for allegedly infringing on six patents, but for leading buyers astray with benchmarks for the Shield Tablet. NVIDIA is supposedly trying to "confuse customers" by claiming that the slate's Tegra K1 processor outpaces the Exynos 5433 chip in the Galaxy Note 4; regular benchmarks show that's not true, Samsung claims. The suit also accuses PC vendor Velocity Micro of violating two additional patents (for a total of eight), since NVIDIA's graphics cards play a heavy role in its lineup.

NVIDIA tells Engadget that it's still examining the complaint, but it's already rejecting allegations that it misled gamers with its Shield tests. Both devices were using their stock, fresh-from-the-box software loadouts, the company insists. Whether or not that's true, the lawsuit comes across as the pot calling the kettle black. After all, it was the revelation that Samsung inflated benchmark scores which led many to question the honesty of mobile device makers. Really, the assertion of dodgy benchmarking is as much about corporate pride as anything else -- if successful, it would force NVIDIA to eat humble pie.

In this article: benchmark, benchmarks, exynos5433, galaxynote4, lawsuit, mobilepostcross, nvidia, patent, patents, processor, samsung, shieldtablet, smartphone, tegrak1, velocitymicro
All products recommended by Engadget are selected by our editorial team, independent of our parent company. Some of our stories include affiliate links. If you buy something through one of these links, we may earn an affiliate commission.