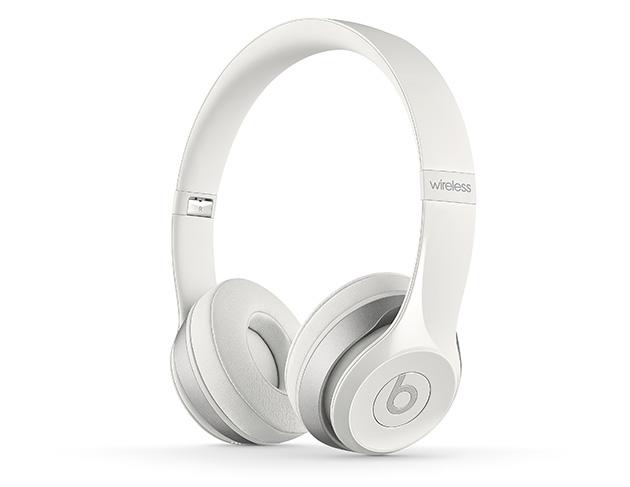 Back in May, Dr. Dre's audio outfit trotted out its retooled Solo2 on-ear headphones. Between then and now, his Beats brand officially set up shop in Cupertino, and its releasing its first product since coming under Apple's wing back in August. The Solo2 Wireless cans allow you to nix the tether via Bluetooth, and look nearly identical to the wired unit, except for a "b" button that skips tracks and sorts calls alongside on-board volume controls. Beats is claiming 12 hours of listening, and when the built-in battery runs out, you can resort to using a cord until you make it back home. Of course, this version of the Solo2 was in the works before Tim Cook & Co. nabbed the popular headphone maker, but it's the first to carry Apple's co-sign. It also adds to Beats' wireless arsenal that includes the Studio headphones and Powerbeats2 earbuds. If you're looking to grab a pair, the on-ear option will be available this month for $300 in red, blue, black and white. Fancy the scarlet hue? That one's exclusive to Verizon. And if you're not willing to splurge for wireless, the regular Solo2 gets five more colors as part of a new Royal Edition. 10
In this article: apple, beats, beatsbydre, beatssolo2wireless, headphones, on-ear, onear, Solo2, solo2royaledition, solo2wireless, wirelessheadphones
All products recommended by Engadget are selected by our editorial team, independent of our parent company. Some of our stories include affiliate links. If you buy something through one of these links, we may earn an affiliate commission.