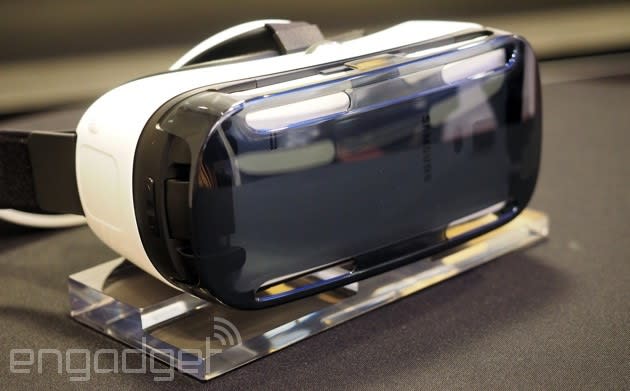 Moments after Samsung announced that you could get a Gear VR as early as next month, Oculus released an all-important detail: its price. Oculus and Samsung are selling two versions of its Gear VR Innovator Edition -- the headset alone is $199, but if you want the Bluetooth gamepad as well, you'll have to pony up $249 for the bundle. It's worth noting that this particular Gear VR is designed for the Galaxy Note 4, which you will have to supply yourself in order to get that whole virtual reality experience. Seeing as a Note 4 will likely cost you around $300 on contract and upwards of $800 without, the total Gear VR experience is looking to be quite expensive -- starting at around $500 and almost $1,000 if you decide to go off-contract. That's considerably more than the $350 Oculus Rift DK2, though bear in mind that Oculus has yet to announce the consumer retail price of its Rift headset.

In this article: gearvr, samsung, samsunggearvr, virtualreality, vr
All products recommended by Engadget are selected by our editorial team, independent of our parent company. Some of our stories include affiliate links. If you buy something through one of these links, we may earn an affiliate commission.