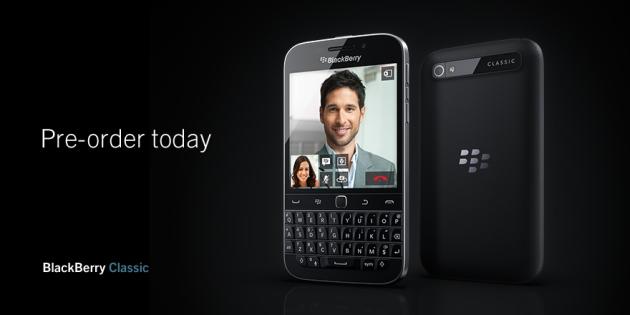 Platform loyal BBM addicts have a new device to consider -- other than the Passport -- now that Blackberry is taking pre-orders for its upcoming phone. The Classic (aka Q20) brings the design, keyboard and trackpad users are used to, plus a large square touch screen, the latest version of BlackBerry OS and support for Android apps. Currently only a GSM version is available (no Verizon, Sprint or US Cellular support here) in the US for $450 and shipments are expected to start in mid-December. Oddly, BlackBerry hasn't revealed more details or specs about the phone, but those should be revealed closer to its release. Our best look at the phone came from this leak, feel free to take a look back before deciding to whether to place an order. In this article: blackberry, blackberryos, classic, mobilepostcross, pre-order, q20, qwerty
All products recommended by Engadget are selected by our editorial team, independent of our parent company. Some of our stories include affiliate links. If you buy something through one of these links, we may earn an affiliate commission.