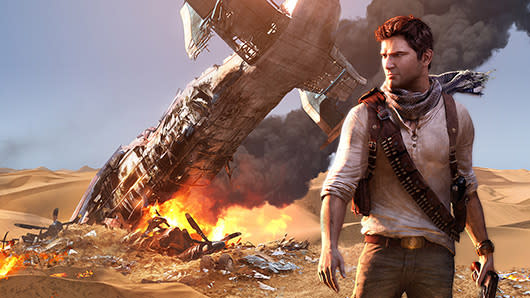 Things are looking up for the eternally-in-production film adaptation of Uncharted, as the Hollywood Reporter claims Oscar-winning screenwriter Mark Boal has been tapped to work on the film's screenplay.

Though you may not recognize the name, Boal's writing chops are no secret. Not only did he win an Academy Award for writing The Hurt Locker, he's also earned numerous awards and nominations from film critics around the world for his work as both screenwriter and producer on 2012's Zero Dark Thirty. That said, it remains to be seen how Boal's talents will translate to the Uncharted film. Instead of writing the script himself, The Hollywood Reporter claims that Boal joins the production to "do a three-week production polish" on an existing script penned by Safe House screenwriter David Guggenheim.

Assuming everything goes smoothly, Uncharted director Seth Gordon remains committed to start filming the movie in early 2015, with plans for a June 2016 theatrical debut.
[Image: Sony]
In this article: david-guggenheim, mark-boal, uncharted-4-a-thiefs-end, uncharted-movie
All products recommended by Engadget are selected by our editorial team, independent of our parent company. Some of our stories include affiliate links. If you buy something through one of these links, we may earn an affiliate commission.