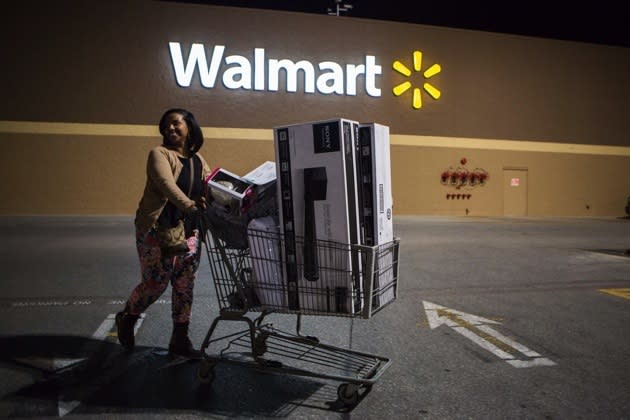 Rather than going for an Amazon deal, Walmart wants you to nab that PlayStation 4 in its stores this holiday season. The world's largest retailer will start offering price matching for Amazon and other online stores starting tomorrow. That's actually something around half of Walmart stores are already doing, but now it's official policy for all 4,300-plus locations across the US. It follows on the heels of other aggressive moves from the company for the all-important holiday shopping season, including last year's plan to match competitors' Black Friday prices a week early. Online shopping is an undying threat for Walmart and other brick and mortar retailers, so an official online matching policy makes sense. If anything, we wonder what took Walmart so long to make it happen nationwide.

In this article: Amazon, black friday, black friday 2014, Holiday shopping, Walmart
All products recommended by Engadget are selected by our editorial team, independent of our parent company. Some of our stories include affiliate links. If you buy something through one of these links, we may earn an affiliate commission.