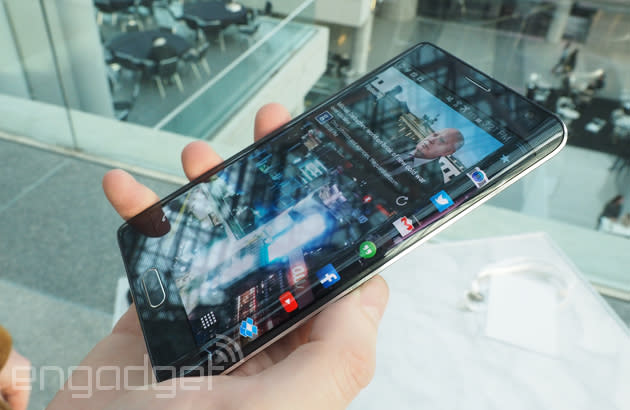 Samsung's mobile head and co-CEO JK Shin is feeling the company's tumultuous performance right in his wallet. The exec earned around $630,000 last quarter (a combination of salary and bonuses), which is less than half of the $1.5 million he took home in the previous quarter, the WSJ reports. While the news only makes Shin slightly less of a millionaire than he was before, it's a clear sign of Samsung's shifting fortune. The electronics giant is still the largest smartphone maker in the world, with around 24 percent of total market share (according to IDC). But it's been steadily losing ground to inexpensive Chinese brands like Xiaomi. And Samsung has reason to be worried -- Xiaomi is now the world's third-largest smartphone company after its shipments more than doubled last quarter.

Shin likely won't feel the pay dent much, though. He's already earned significantly more this year than his co-CEOs after a massive $8.8 million payout in the first quarter (which likely included bonuses from the previous year). And Samsung is still trucking along with massive revenues and profits. But unless the company finds some way to take on the cheap competition, or crafts another high-end hit to rekindle the glory days of the Galaxy S3 (the S4 and S5 have sold well, but not nearly as much as the S3), it may end up losing the mobile crown in a few years.

In this article: JK Shin, mobilepostcross, samsung, smartphones
All products recommended by Engadget are selected by our editorial team, independent of our parent company. Some of our stories include affiliate links. If you buy something through one of these links, we may earn an affiliate commission.