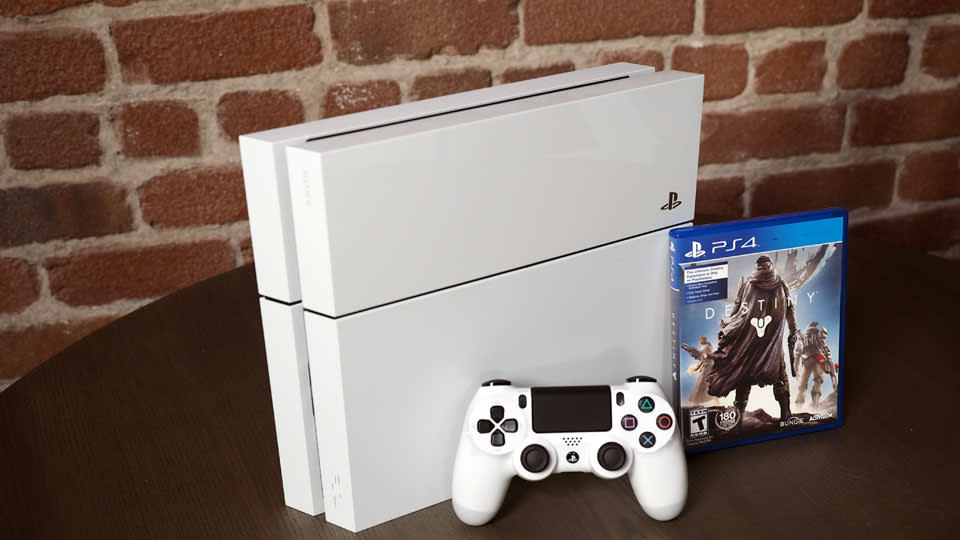 One year ago today, the PlayStation 4 was released in North America. When we took a look at it in our original review, we lauded the console for its "masculine chassis" that could "compete for visual attention" in your living room, a controller that's "damn close" to being perfect and a user interface that marks a "massive improvement" over the PlayStation 3's. But games are the thing that can make or break a system and, while the initial games lineup had a few bright spots, the system had few "satisfying game experiences available at launch." Regardless, we called the PlayStation 4 "worth your hard-earned money" and said it was off to "a hell of a start."

Since then, more games have been released and plenty of people have gotten their hands on a PlayStation 4 -- more than 10 million people worldwide, in fact. After such a strong start, have things gotten better? Is it still worth the money? To find out, we turned to you, our readers, who have written some great user reviews to let us know how the system performs in the wild and whether it's living up to its potential one year after release.

In many respects, our users agreed with our review, with MasterX25 loving its "sleek design" and admdrew saying it "fits well into standard entertainment centers." Reactions to the controller were a little mixed, with admdrew calling it "almost" perfect, save for some odd button placement and the "weird nature of the touchpad." But REZIN8 finds it "very small for my hands" with "terrible" battery life. The graphics were more well-received, with logicrulez calling them "clear and detailed," while nug050 says, "The gameplay is smooth at any resolution."

But with a year under the PlayStation 4's belt, it's worth talking about the state of its games library. Though Saltank notes it has "some great exclusives," many users, like aussiegrossy, were left asking, "Where are the games?" Nug050 says there are "not enough A-List games" and PaulMEdwards also feels there aren't "a ton of titles available currently," specifically wishing for "more cooperative 2-player games so my wife ... could play with me." But he also notes that some "really good ones are coming soon." In fact, many of you were optimistic about future releases, with admdrew "eagerly awaiting GTA V's upcoming release." However, the continued lack of games especially hurts given what Saltank calls a "poor selection of apps," and MasterX25 says, "I can't use the PS4 for anything apart from playing games," while aussiegrossy even feels it's a bit of "a downgrade."

Despite this continuing disappointment in the PlayStation 4's game lineup, reviewers still feel rather magnanimous toward the system as a whole, with ghost616 telling us, "I do not regret buying it." Meanwhile, in a similar vein, admdrew says, "I haven't regretted my choice for a second." With so much on the horizon for the system, year two looks rather promising for those who laid down their hard-earned money, as well as making it a great time for the rest of you to pick up a PlayStation 4.

In this article: hdpostcross, PlayStation 4, PS4, sony, user reviews, userreviewroundup
All products recommended by Engadget are selected by our editorial team, independent of our parent company. Some of our stories include affiliate links. If you buy something through one of these links, we may earn an affiliate commission.