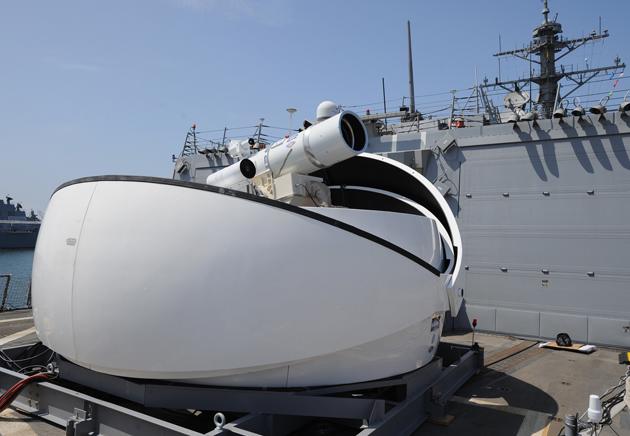 It's official: the US Navy has entered the future. Vice Admiral John Miller tells Bloomberg that the USS Ponce, an amphibious transport, has been using the Navy's Laser Weapon System (LaWS) in the Persian Gulf since late August. The high-tech arsenal is no threat to larger vessels, but it's potentially ideal for defending against Iran's fleet of smaller ships. The Ponce can use non-lethal laser flashes to spook enemies or thwart their sensors, and it can destroy small craft (including airborne drones) if they don't heed warnings. It'll take some time before laser weapons are a common sight on the high seas, since the Navy wants to know how it fares in real-world conditions; dust, heat and other Gulf conditions could lead to failures. If it pans out, however, there's a real chance that the days of conventional small deck guns are numbered.

In this article: laser, laserweaponsystem, laws, military, navy, ponce, uk-feature, usnavy, ussponce, wargadget, weapon, weapons
All products recommended by Engadget are selected by our editorial team, independent of our parent company. Some of our stories include affiliate links. If you buy something through one of these links, we may earn an affiliate commission.