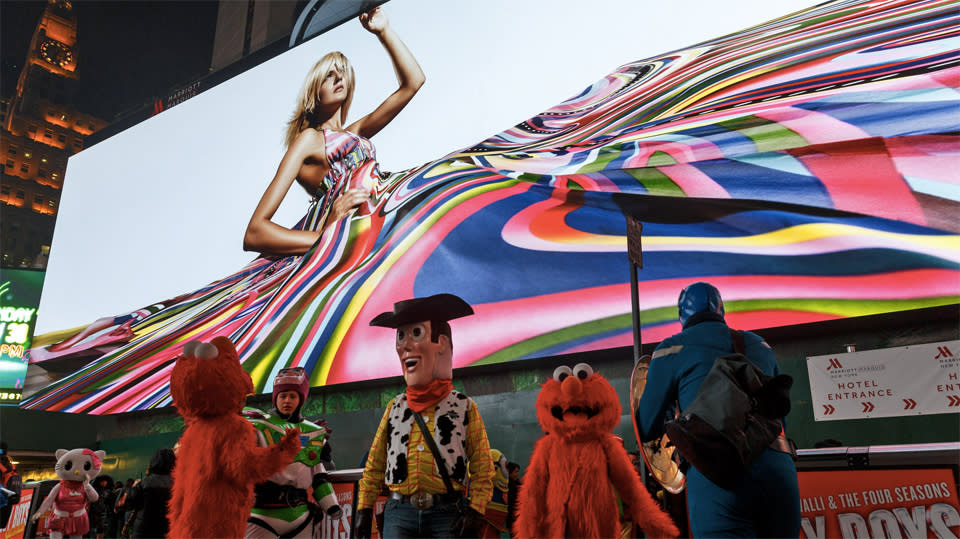 New Yorkers passing through Times Square will see (whether they want to or not) the biggest, most expensive digital billboard (at least in the US) when it turns on this Tuesday night. The screen is big enough to run a whole block, from 45th to 46th Street along Broadway, and is made up of 24 million pixels. (To contrast, 4K TVs weigh in with around 8 million pixel, although the scale here is massively different.) Oh yeah, it's also eight stories high. According to the New York Times, the cost of this prime advertising real estate comes in at over $2.5 million for four weeks. Google, a company that has the means, will take over the big screen as the debut advertiser until 2015. But we can go bigger: LG's already using the world's biggest billboard in Saudi Arabia, which is 820 feet long.

In this article: advertising, billboard, digitalbillboard, newyork, timessquare
All products recommended by Engadget are selected by our editorial team, independent of our parent company. Some of our stories include affiliate links. If you buy something through one of these links, we may earn an affiliate commission.