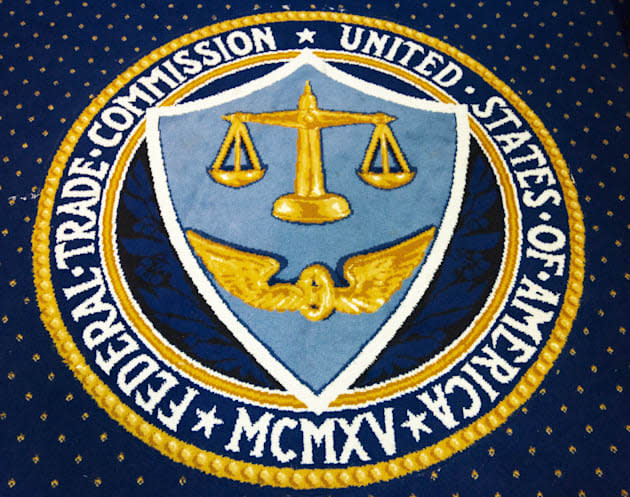 Spend enough time on the web and you're bound to come across TRUSTe's logo. It signifies that the site you're on -- like eBay, Yelp and Etsy -- self-certified with TRUSTe's set of membership requirements like the Children's Online Privacy Protection Act (COPPA), the EU-US Safe Harbor Framework and generally has an eye toward keeping any of your sensitive info safe. Except the outfit's seal might not mean too much anymore. Why? Because it's settling with the Federal Trade Commission on a claim that from 2006 to 2013 the company failed to hold websites accountable for keeping consumers' private info safe. The FTC says that in that span of time, there were some 1,000 "incidences" where companies weren't forced to re-certify on an annual basis despite TRUSTe's site claiming otherwise. Right about now you're probably wondering how much these infractions will cost the firm. Well, if you guessed $200,000 you'd be right on the money.

In addition to a financial hit, TRUSTe is also prohibited from making "misrepresentations about its certification process or timeline." The fun doesn't stop there, either, as TRUSTe has to detail any COPPA-related information to the FTC in an annual filing for the next ten years, as well. Meaning, TRUSTe is going to be under even closer review now that it's actually making sure clients follow established guidelines moving forward, as advertised. There are a few more details to the ruling that aren't particularly exciting, but if you're curious they're at the source link below.

Update: TRUSTe has issued a statement expanding on the FTC's ruling. The company says that the reason certain clients weren't forced to re-certify annually is because they'd purchased multi-year agreements. What's more, the amount of said clients apparently only accounted for about 10 percent of TRUSTe's scheduled annual reviews for the time. The other 90 percent? They renew every other year.

In this article: coppa, ftc, government, privacy, truste
All products recommended by Engadget are selected by our editorial team, independent of our parent company. Some of our stories include affiliate links. If you buy something through one of these links, we may earn an affiliate commission.