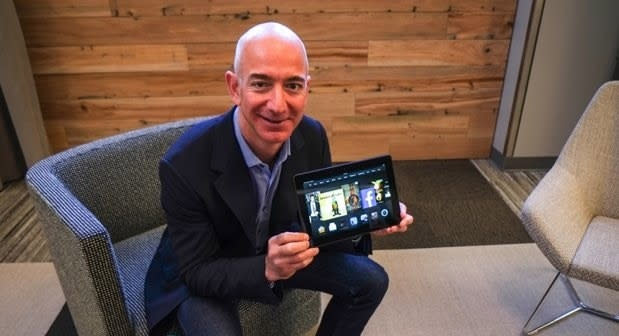 Jeff Bezos may have bought the Washington Post with his own money, but that doesn't mean that the paper won't be extra friendly to the boss' other company. The outfit has launched a new tablet-friendly app that's designed for a "national and international" audience but, as rumored, it's exclusive to Amazon's Fire Tablets for the next six months. After that point, users will be asked to spend $1 for a six month subscription, and when that's done, will be expected to pay a monthly fee of between $3 and $5 a month. The app will update twice daily, once at 5am and again at 5pm ET, and will also arrive on other Android and iOS tablets at some point in 2015 - presumably six months and one day from today. The app will find itself onto your Kindle Fire Tablet thanks to an over-the-air update, but customers who prefer to get their news from other sources will be able to delete the app in the usual way.

In this article: amazon, Fire Tablet, Jeff Bezos, Kindle Fire, News, Newspaper, Washington Post
All products recommended by Engadget are selected by our editorial team, independent of our parent company. Some of our stories include affiliate links. If you buy something through one of these links, we may earn an affiliate commission.