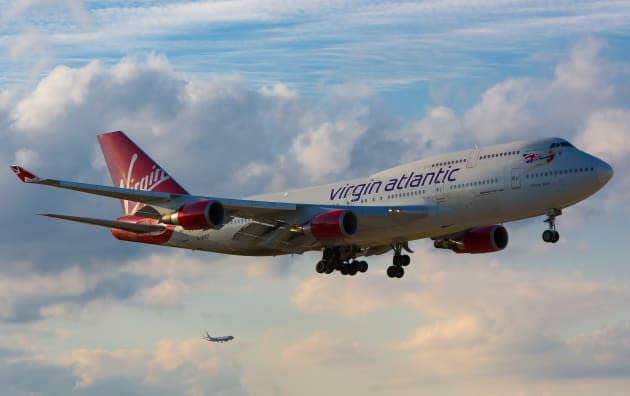 If you're wondering why the FAA is taking its time approving drones for commercial use, here's a good example. Two separate flights reported near-misses with a drone at John F. Kennedy airport, with one of the pilots saying it came within "several feet" of the wing. Both sightings occurred within minutes of each other, though a sweep of the area by a police helicopter turned up no sign of the rogue device. A Jet Blue crew also reported a drone a few days earlier at JFK, telling ATC "it looks like one of those unmanned drones is flying right on the final (approach)." A drone strike by a passenger jet might not sound like a big deal, but FAA investigators pointed out that one can easily get sucked into an engine and bring an aircraft down. One pilot aboard a Virgin jumbo jet said that the drone he saw at 3,000 feet looked like a common commercial model. UAVs are obviously off-limits around airports at any height and even private aircraft must stay below certain altitudes in controlled airspace without ATC guidance. Since many populated centers are near airports, this presents a conundrum for the FAA. Commercial drones would have to somehow fit into their system, even though drone pilots may not be familiar with US air regulations.

On Tuesday, the US transport board declared that the FAA can regulate drones, reversing a previous decision and making their commercial use illegal again -- except for approved cases. Keeping your drone away from an airport seems crazy obvious, but how close? At what height? These are the issues that are no doubt keeping FAA regulators up at night.

In this article: air regulations, drones, FAA, near-miss, NTSB, UAV
All products recommended by Engadget are selected by our editorial team, independent of our parent company. Some of our stories include affiliate links. If you buy something through one of these links, we may earn an affiliate commission.