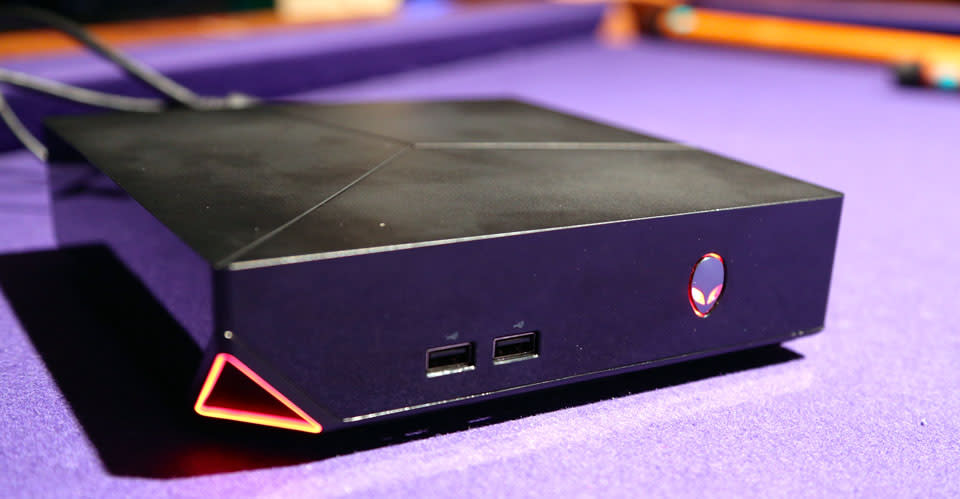 Eager to get a truly TV-oriented gaming PC without waiting until the official Steam Machine launch in 2015? Alienware is more than happy to oblige: at long last, it's shipping the Alpha console. You can now shell out $549 or more to get a living room-friendly Windows PC with a custom interface designed to work with an included Xbox 360 gamepad. Don't expect an ideal Far Cry 4 machine out of the box, however. Every system can play some modern titles thanks to GeForce GTX 860M graphics, but that base system comes with a modest Core i3 processor, 4GB of RAM and a 500GB hard drive; you'll have to pay $699 if you want more memory and storage, and at least $799 if you want a faster CPU. This doesn't include a mouse and keyboard, either. Nonetheless, the Alpha could be a solid pick if a PS4 or Xbox One just won't cut it.

In this article: alienware, alienwarealpha, alpha, computer, dell, gaming, hdpostcross, htpc, maxwell, pc, steam, videogames, windows8.1
All products recommended by Engadget are selected by our editorial team, independent of our parent company. Some of our stories include affiliate links. If you buy something through one of these links, we may earn an affiliate commission.