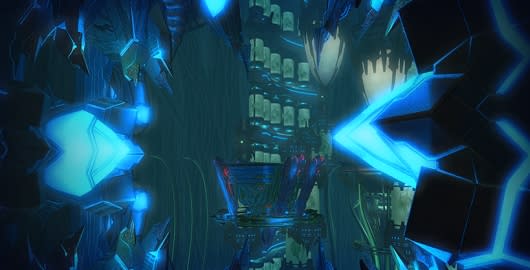 In yesterday's Soapbox, I had some things to say about why it's time to dump raiding. I'm writing this before I've seen the comment responses, but I'm willing to bet that a fair amount of angry shouting was involved in the comments because that's what I usually expect. But I wasn't done, as suggested by the whole "part 1" thing in the title header.

For those don't feel like reading the whole thing, the short version is that raiding is too expensive to develop for too small a portion of the players. This is a solid argument, but it's standard: You hear it every time this debate comes up. In some ways, it's the foundation of the argument against raiding beyond the reality that most people say they just don't like raiding.

There's more to be said, though, and there are more serious issues up for discussion. Raiding isn't just expensive in terms of development. It's expensive in lots of ways.

"Well, if you don't like raiding, don't do it! No one's forcing you to raid at all!" Ah, but the designers are forcing us, friend. Not by putting a gun to my head and forcing me to, no, but nearly every game with a top-heavy raid game the game also takes a lot away to facilitate that raid game.

I talked about this to some extent in yesterday's article. After all, if it's going to cost a raid tier to add something to the game, by definition that means that we're getting the raid tier. I've yet to see World of Warcraft's designers say that much as they'd like to add a new tier of raids to the game, it would mean they couldn't add all of these small-group dungeons and solo areas to the gameplay. (Or PvP maps, or whatever you'd like.) Right there, you start to get the idea that this is something of a zero-sum equation, that so long as raids are seen as the pinnacle of the game's content, everything else is going to be scrabbling for second place.

Final Fantasy XIV has allowed players to keep progressing their equipment through a variety of means once they hit the level cap, not just through raiding. But initially, the best gear has to be acquired, first and foremost, in the most recent installment of Coil. Upgrading equipment to the level cap is based on the idea that first dibs go to the people clearing the Coil (FFXIV's take on progression raiding) and then only later to everyone else. Compare that to launch, when the level 90 gear was as easy as saving Mythology or running Coil. Do both and you get geared up twice as quickly.

I don't mean to pile on Final Fantasy XIV here because much to its credit, it has never made going into Coil a mandatory aspect of the game. Even the moratorium on the best gear is only a limited-time thing; once the next patch rolls around, upgrade items become easier to get through other means. Its current endgame model is, all told, pretty darn good; only the details require quibbling. It's a far cry from, say, WildStar placing a hard and unflinching cap on how much you can get from content other than the hardest raids.

The point here is not that everyone should get free access to the best of everything all the time but that equivalent effort isn't equivalently rewarded. And really, when you think about it, the core of giving the best rewards to raids leads to another conclusion...

Raiding is something that throws a lot of people off simply because it's a part of the game that doesn't exist before the level cap. Sure, older raids exist in World of Warcraft, but you aren't going to step into Molten Core at level 60 to get gear upgrades; you're going to step into Outland and outstrip it within moments. That's the nature of the beast. This is the endgame, and it is explicitly unlike anything that you've done in the game up until now.

So what drives you to go in there? Bribery.

I have absolutely no doubt that there are people who get into raiding because they want a challenge. Those are the people who race for world firsts, server firsts, and so forth. They want to take on the biggest challenge a game has to offer, and that's great for them. But I also know that those people are a fraction of the fraction of people who are there based on the fact that it offers the best kit in the game.

Some of it's even just about straight-up looking cool. People who had no interest in raiding as a fixture in World of Warcraft happily participated in LFR runs because the raid finder still offered up those all-important tier pieces. The stated problem of people feeling as if they had to run multiple modes even implicitly comports with this fact. People were running the raid as many times as possible not for fun but to collect the carrots. There were bonuses at the end, and if you wanted to stay competitive, that was where you needed to be.

Nothing is wrong with using ever-better equipment as a form of progression once your character hits the level cap. When you lock the option for that progression down one specific mode of content, however, you are implicitly bribing players to play that content, first and foremost. Imagine, by contrast, if a game had a level cap of 30 for everyone who didn't take part in fishing and 50 for everyone who did. Do you honestly think that everyone who winds up fishing in that game is doing so because of the sheer thrill of winning a battle of wits against a virtual version of a creature so mindless that a lot of vegetarians decide, "Meh, it might as well be a plant"?

Players like advancing their characters. It's part of the fun of the genre. No one needs better equipment, ever -- if the designers know what players will have in terms of abilities, challenging content can be designed no matter what. Content that's only "challenging" because the bosses have higher health totals isn't really any more challenging; it just requires better equipment. To say that better equipment must be gated behind this content simply because of that is severely misrepresenting the concept of challenge.

Of course, the one thing you can say for raiding is that it sure is social. Or is it? We'll discuss that in the third and final part of this series tomorrow.

Everyone has opinions, and The Soapbox is how we indulge ours. Join the Massively writers as we take turns atop our very own soapbox to deliver unfettered editorials a bit outside our normal purviews (and not necessarily shared across the staff). Think we're spot on -- or out of our minds? Let us know in the comments!