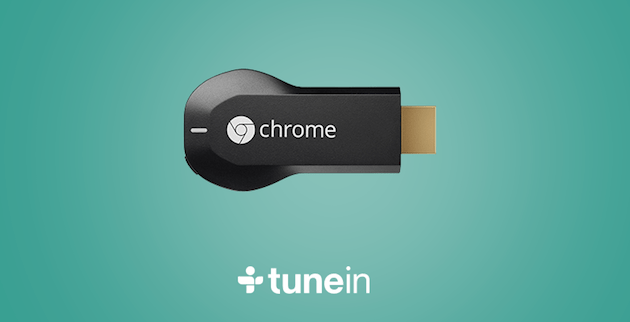 Today is a great day to be a Chromecast owner. Joining Comedy Central, Nickelodeon, Sesame Street Go and others, TuneIn is now also making its mobile apps compatible with Google's budget-friendly streaming dongle. Now that TuneIn has added support for Chromecast, you can start casting more than 100,000 radio stations, including local and international, as well as a ton of different news, music and sports podcasts. Oddly enough, the TuneIn Radio Pro applications don't appear to have been updated, but nothing's keeping those users from going to the non-paid version to get their Chromecast fix.

Update: Looks like TuneIn's Radio Pro apps have been updated as well.

In this article: Chromecast, Google Chromecast, mobilepostcross, Podcasts, Radio, Radio Stations, TuneIn, TuneIn Radio, TuneInRadio
All products recommended by Engadget are selected by our editorial team, independent of our parent company. Some of our stories include affiliate links. If you buy something through one of these links, we may earn an affiliate commission.